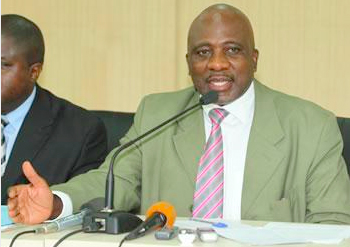 Our-Civic-Duty Association (OCiDA) has called on all electoral candidates affiliated to a political party but have decided to stand as independent candidates in the forthcoming elections to resign from their parties.

OCiDA Administrative Secretary Simon Kabanda said those who stood as independent candidates after losing adoption by their parties during the 2016 elections breached the Republican Constitution when they stood as such without relinquishing their membership in their respective parties.

Mr. Kabanda added that the Electoral Commission of Zambia (ECZ) also abrogated this provision of the Constitution by accepting the nomination of independent candidates who were still members of political parties.

Mr. Kabanda has since appealed to the ECZ to strictly adhere to the provisions of the Republican Constitution in the forthcoming August 12 General Elections.

And the Zambian Institute of Governance and Civil Liberties Advocacy Platform (ZIGCLAP) has announced its plans to petition ECZ to disqualify any independent aspiring candidates that will be using branded political parties’ materials such as party regalia and posters.

In a statement to the media, ZIGCLAP Chief Executive Officer Francis Chipili revealed that the institution will also petition ECZ to ban any independent candidates who will be using any presidential candidate’s brand name in their campaign messages.

However, Independent candidates are free to exercise their democratic right of participation in the forthcoming elections but should not in any way contravene copy rights, intellectual property and branding laws in their campaigns,

Mr. Chipili added that independent candidates’ distribution of party materials and aligning themselves to any political party is tantamount to a party fielding two candidates in one constituency, district and/or ward.

He is therefore encouraging all aspiring candidates to get familiar with the electoral code of conduct as well as the Republican laws.

A financial technology company called Zazu has been awarded Principle Membership from MasterCard to accelerate its vision to provide accessible and affordable financial services...