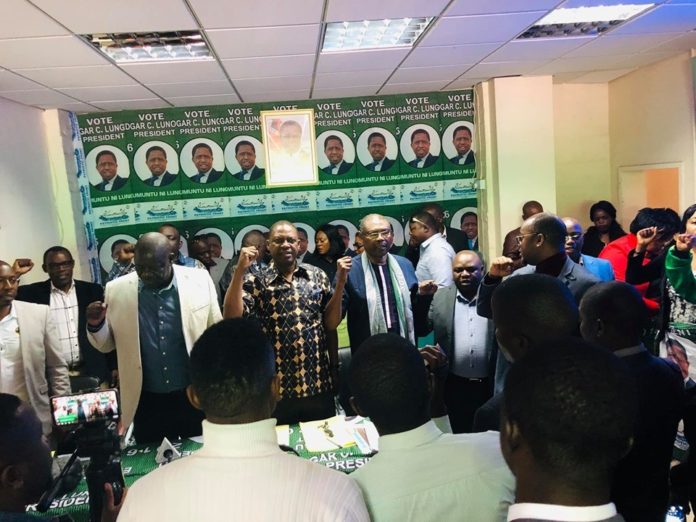 Three aspiring candidates from UPPZ, UPND and PF have successfully filled in their nominations for the Katuba Constituency By-election.

The candidates are Bertha Mangeya of the United Prosperous and Peaceful Zambia (UPPZ), Peter Mwaichilele of the Patriotic Front (PF) and Obrey Bampi Kapalasa of the United Party for National Development (UPND).

And ECZ Provincial Electoral officer Mr Ackson Habanji called on all stakeholders in the Electoral process to abide by the provisions of the Code of Conduct during campaigns in the Katuba Parliamentary By-election.

He said this when he opened the stakeholders meeting at Mwanjuni Primary School in Katuba Constituency.

Mr Habanji said the police will be there to ensure they maintain law and order so that the environment is conducive for the election.

He further called on all stakeholders to familiarise themselves with the electoral process and the electoral legal provisions so that they can all effectively play their roles.

Meanwhile UPND elections committee chairman Gary Nkombo said the party will have an easy go at defeating the ruling PF in the Katuba by-election.

He said the opposition party is ready to go and marshal a clean, violent free political campaign in Katuba.

The Katuba by-election follows the death of UPND Member of Parliament Patricia Mwashingwele in May this year.

Tax relief measures and involuntary scaling down productive activities across all economic sectors have translated into a reduction in tax and non-tax revenues in the first...