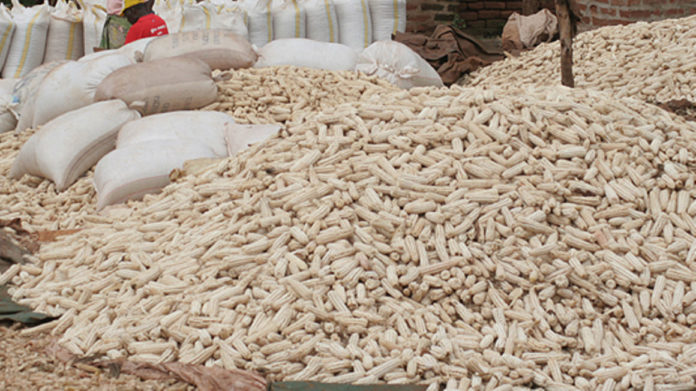 Millers Association of Zambia (MAZ) has commended the Food Reserve Agency (FRA) for the newly proposed maize prices for farmers in the 2020/2021 farming season.

MAZ President Andrew Chintala said considering 93 percent of the maize that is expected to come on the market, the much talked about bumper harvest is being accounted for by the small scale local farmers.

This is a good move by the agency in terms of rewarding our local farmers for their hard work by setting prices that will enable them to cater for the high cost of production they had in the last farming season,

He also said FRA and MAZ have different mandates that determine matters concerning how the increase in maize prices would affect the prices of mealie meal.

In as far as the announcement is concerned, yes it is a good price for farmers, but the association [MAZ] has different costing structures that are yet to determine the price for mealie-meal in the country,

We are yet to see what the market will attest to this season, as the market has been slow owing to the fact that the moisture content in the maize is still high.

The MAZ President added that the association has always offered higher prices of maize as compared to FRA in the past years, and remains optimistic that MAZ will be able to achieve the 12.5 percent moisture content levels.

The 12.5 percent moisture content level is what we need to enable us to swing into action in terms of active participation and securing enough maize to support our operation through the next marketing season,

Meanwhile, Kalomo-based farmer kelvin Muleya has thanked FRA for the 60 percent increase in the prices of maize from the K110 to the K150 buying cost last year.

He has since called on government to work on the high prices of fertilizer in the next farming season to enable farmers to be able to produce maize at a low cost this year.