Lusaka StarService with Excellence
HomeFeaturesThe hoe, the plough and the tractor; in Zambia's quest for agricultural... 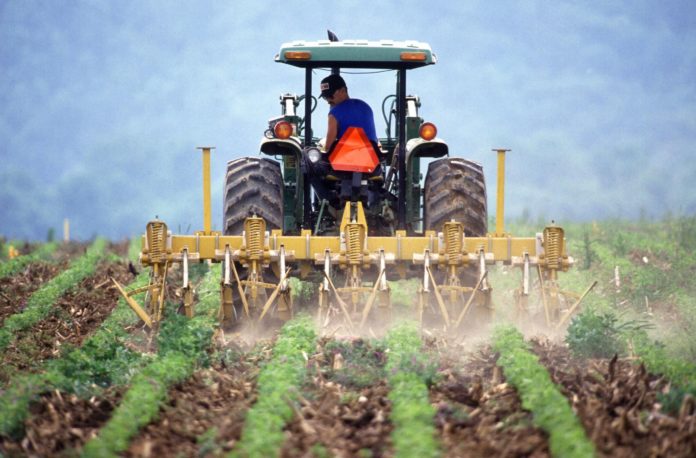 Agriculture in Zambia has been in existence since time immemorial. From the stone-age era, to today’s digital era, people have relied on agriculture to meet their basic food needs, and gain an income. In Zambia, the major cash crop obtained from farming inputs is maize, although other crops such as cotton, cashew nuts, groundnuts, beans and soy beans are cultivated on a large scale. The resources obtained from the selling of these crops on a national and international level, has led the Zambian Government to propose incentives to shift economic reliance from mining to agriculture.

Various incentives such as the Farmer Input Support Programme, famously known as FISP are being used by government as a means to encourage agricultural productivity among Zambian farmers. However, despite of all these incentives being put in place, it will be difficult for Zambia as a country to achieve agricultural productivity if its farmers still hold on to conventional practices of farming. This is so because the country does not have a large number of commercial farmers, but instead consists largely of subsistence farmers. According to a report done by FAO on Zambia, the country has an estimated population of 600,000 farmers, of which less than 5% are commercial farmers.

A study conducted by Professor Oliver Saasa in 2002 reveals that there are five major farming systems in Zambia, which are: shifting cultivation; semi-permanent hoe system; semi-permanent hoe and ox-plough systems; semi-commercial cultivation system; and commercial systems. Of these five systems, subsistence farmers are mainly associated with the first four, whilst commercial farmers apply the last system. This means that agricultural equipment that is extensively used by farmers in Zambia are the hoe and plough. These conservative tools do not help advance agricultural productivity for various reasons.

Firstly, the use of hand tools such as a hoe, and ploughs do not enable farmers to produce crops on a large scale. This is so because using a hoe to cultivate a piece of land takes a lot of effort, and requires a lot of human labour, making it costly.

Lubinda Cheelo, a subsistence farmer who owns a farm in Lusaka’s Makeni area explains how difficult it is to produce crops using conventional tools.

“The beginning of the farming season is usually the most difficult, because we have to soften and prepare land for planting. This proves difficult because personally, I use hoes, which only enables me to cultivate a very small piece of land,” he says.

Lubinda explains that his farm is about 3.5 hectares large, but because he uses hoes, he only manages to use a quarter of the land to plant a few crops for him and his family to feed on. Adding that this does not help him in any way because he has plans of venturing into full time agriculture as a means of employment.

On the other hand, some farmers add that ox-ploughs are easier to use. Very common especially in the Central Province of Zambia, these animal driven ploughs are preferred over hoes as they are faster and enable one to cultivate a larger piece of land. In addition to this, ploughing is also helpful with getting rid of weeds, which choke plants. However, the downside to this tool is that it hardens the ground when used extensively, making the soil unfit for growing crops.

It is these reasons and may others that have led farmers to use modern agricultural technologies.

Teddy Mainga, a farmer based in Lusaka West says he prefers the use of a tractor when carrying out his work, because of its many advantages.

“Personally, I do not own a tractor, but I hire one when preparing my land for planting, as well as when planting the crops and adding fertilizer,” he discloses.

Teddy explains that even though they are a bit costly, tractors are much more effective because they can dig, plough and plant over a very large area. And for him, this is more profitable because it enables him produce enough crops for both his family and the market.

“The money that I use to rent the tractor is returned ten times over, because I make a lot of money when I sell the crops,” he boasts.

Teddy adds that tractors are not only versatile, but vary in range, suiting the different needs of each farmer. They exist in very small sizes for small scale farmers, and in large sizes for commercial farmers, In addition, tractors are also beneficial because of their durability. Their ability to last long makes it inexpensive to farm. This is so because a farmer can use a tractor over a very long period of time. Also, tractors have very powerful engines which enable them perform tasks even in areas where the terrain is rough. But most importantly, some tractors have a provision for other farming tools such as hoes and ploughs, making it much easier for the digging and ploughing to be done without much effort and labour.

Therefore, in order for Zambia to advance its agricultural productivity, it is essential that farmers shift from using conventional tools, to more modern ones such as tractors. Instead of government incentives such as FISP, it would be advisable if tractors were purchased in all provinces and leased to farmers at a small fee. Having tractors at their disposal would enable them cultivate larger fields, leading to high crop turnover, thereby increasing agricultural productivity in Zambia.

GOVERNMENT will release K90 million to the University of Zambia (UNZA) and Copperbelt University (CBU) as short term solutions to the debt burden...