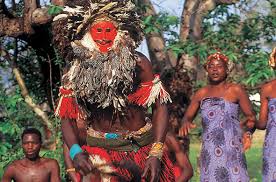 Ms. Wina said it was important for them to help fund research projects such as the Encyclopedia of Zambian names project, as it would help in the preservation of the Zambian culture.

She noted that the Encyclopedia of Zambian names was one of the efforts that Zambians were investing in culture preservation.

She said this in a speech read on her behalf by the Permanent Secretary of the Ministry of Chiefs and Traditional Affairs Michael Pwete at the Mulungushi International Conference Centre.

Ms. Wina commended government for its tireless efforts regarding the preservation of culture, which were evident through the Ministry of Chiefs and Traditional Affairs.

“The Patriotic Front (PF) government has made efforts to uphold Zambian culture and tradition by embracing and actively involving the custodians of our culture, the traditional leaders in governance,” she said

The Vice President also highlighted that the introduction of  the Zambia Cultural Ceremonies (ZCC) degree programme at the University of Zambia will help achieve the culture preservation project as it will interest and expose not only Zambians, but also foreign nationals to the country’s culture.

Ms. Wina said the  Encyclopedia of Zambia is a book which was published by Pensulo publishers limited was a life time project that would help in cultural preservation.

She further explained that for the purpose of exposing the country’s culture and enticing other people to read about it, names of people, their origins and meanings would be included in the book.

Ms. Wina also said the preservation of culture would help promote unity in the country because culture defines people.

“Culture is an integral part of every society. If our culture is not preserved, it will become extinct,” she explained.

The Vice President has since appealed to researchers to continue researching until all Zambians names are included in the Encyclopedia.

She has also called upon chiefs, royals and all Zambians to participate in the call by helping in the addition of names and their meanings to the project.

Famous Zambian Artist Elton Mulenga popularly know as Yo Maps has received a YouTube Silver Award. The artist received his award after he reached over...