Lusaka StarService with Excellence
HomeNewsSINKAMBA PULLS OUT OF DIALOGUE PROCESS 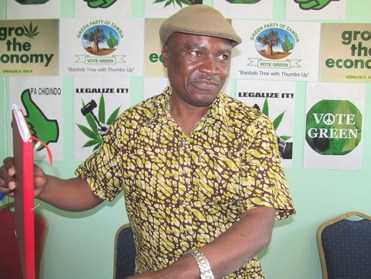 Green Party President Peter Sinkamba says he will not be part of the dialogue process for political parties because he believed it was led by dishonest people.

Mr. Sinkamba said he decided to pull out of the process because the Zambia Centre for Inter Party Dialogue (ZCID) was not an honest institution since its formation in 2007.

“ZCID is not honest and has no capability to facilitate the dialogue process, you can trace its history and you will not find anything honest about it,” Mr. Sinkamba said.

He further advised the three church mother bodies to distance themselves from ZCID because it was not good for the image of the church.

The Green Party president said if the dialogue was to become fruitful, the church should facilitate it alone without any involvement from ZCID.

Mr. Sinkamba also told the Lusaka Star News that ZCID was a defunct wing of a certain political party and therefore it had interest in the whole process.

Meanwhile, Patriot for Economic Progress (PEP) President Sean Tembo expressed that there was need to excuse ZCID from the dialogue process because it was incapable.

Mr Tembo said the Institution had demonstrated several times that it was not capable of co-chairing the dialogue process.

“I think it is time we excuse ZCID from the dialogue process because it is a compromised institution,” Mr. Tembo said.

He further submitted that there was no stake holder more important than others in the dialogue process.

Mr. Tembo’s statement on the dialogue process comes shortly after ZCID had postponed the date for the much anticipated political parties’ consultative meeting from 28th December to a later date.

ZCID Spokesperson Jackson Silavwe said the meeting could not take place because the three church mother bodies had not yet met to determine the terms of the whole dialogue process.

“The postponement had been necessitated by the need for the three church mother bodies and ZCID to conclude on the Memorandum of understanding and the structure of the dialogue process,” Mr. Silavwe said in a statement.

Meanwhile, the three church mother bodies namely the Zambia Conference of Catholic Bishops (ZCCB), Council of Churches in Zambia (CCZ) and the Evangelical Fellowship of Zambia (EFZ) have maintained that the meeting will take place as earlier scheduled.

On Thursday however, Presidential spokesperson Amos Chanda said statehouse had not received any formal invitation for the consultative meeting.

NATIONAL DIALOGUE TO PROCEED AS PLANNED-ZCID

The Independent Church of Zambia (ICOZ) is saddened by the escalating cases of political violence in the country. In an interview with the Lusaka Star,...