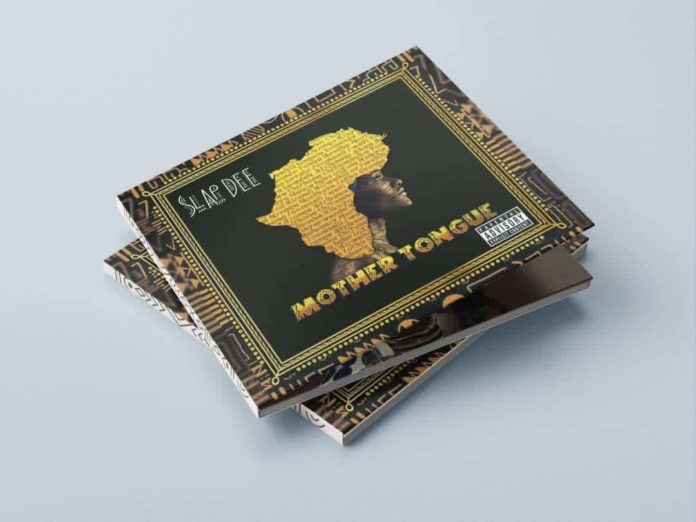 After releasing several hit songs in the first half of 2020, Slapdee is back with the much anticipated album, “Mother Tongue.”

This album contains 19 songs with notable features from different artists including Maureen Lianada, Jay Rox, Natasha Chansa, South African artist Busiswa, Tommy D, Sample The Great and the late Daev who contributed to the album before his demise.

Also featuring in this new album is Slapdee’s son, Zamani Musonda, in a song called “Talk My Spit.”

After announcing the release of the album, Slapdee expressed how difficult it has been to work on his music.

One of the biggest setbacks was losing a dear brother and friend. COVID-19 also put us in a place where we didn’t know what was next for us,

The album’s theme is focused on embracing culture, which the artist says took him back to his younger and hungry self.

Not only is his album dedicated to the late Daev Banda, Slapdee will also be giving his Mvesesani sales to Daev’s family.

Recently, the rapper took to his Facebook page to pay his respects to the late Daev Banda, as well as, share a few words about his album.

This was our last picture together. Dedicating this album to you boy! You put so much effort into this project and every song we made sounded better than the last one. I promise to keep your legacy alive and be loyal to your name! All my album sales from Mvesesani will be given to the family. This is not a donation. It will be doing what is right. What would a Slapdee banger be without Daev?

Daev was a talented musician and brought a unique touch to XYZ and the whole music industry, he will forever remain in our hearts and will surely be missed.

Ministry of Higher Education  has disclosed that the criteria for students loan selection and approval is going to be done differently from that of...