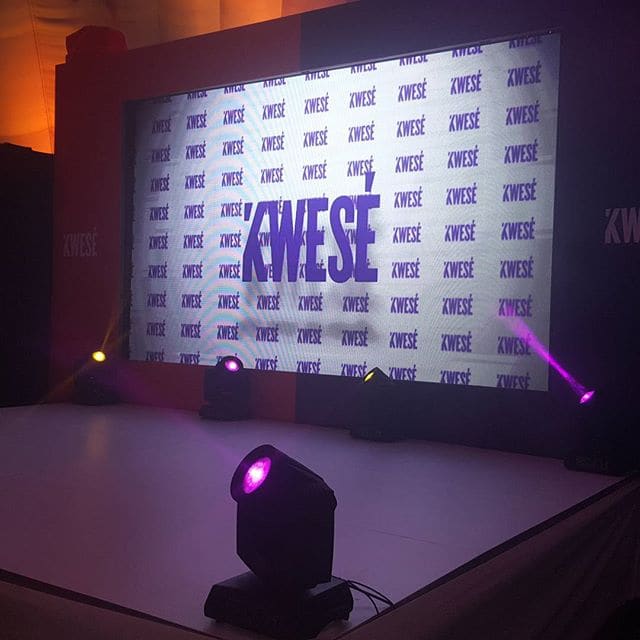 Barely a fortnight after premiering its first content on its third party channels, KWESE TV was officially launched in a colorful ceremony at Lusaka Polo club.

The event which was graced by Minister of Agriculture, Dora Siliya as the guest of honor was characterized with several entertaining segments ranging from bouquet screen plays to musical performances by Multi-award winning afro-dancehall artist JAY ROX.

Speaking at the event, KWESE TV General Manager Kapa Kaumba articulated on the impact that KWESE TV network has brought to the Zambian broadcasting industry in particular.

“For the television industry this is an exciting perhaps encouraging time that the industry is evolving at a very rapid pace precipitated by the rapid rise and access to its content,” Ms. Kaumba said.

KWESE TV Free-to-Air General Manager Tivo Shikapwasha emphasized  what KWESE has brought along with it to Zambian soccer and sports fanatics it being the home of great former African champions such as Samuel Matete and many others.

Also speaking at the event, ECONET President and CEO Joseph Hundah whose firm is a holding company for KWESE TV network expressed happiness over the new and exciting dimension that has been added to the local broadcasting industry.

“Our teams have worked really tirelessly to create what we believe is a real media business that will change the face of the media industry in Africa. We also have the KWESE App which I edge all of you to download to access our content,” Mr. Hundah said.

And, just before his performance, JAY Rox thanked KWESE TV management for creating a platform on which local content can reach other 21 countries under KWESE coverage. He later rocked the evening with some of his latest songs from his new album.

The Road Transport and Safety Agency (RATSA) has announced plans to introduce electronic number plates across the country. The proposed move is aimed at reducing...