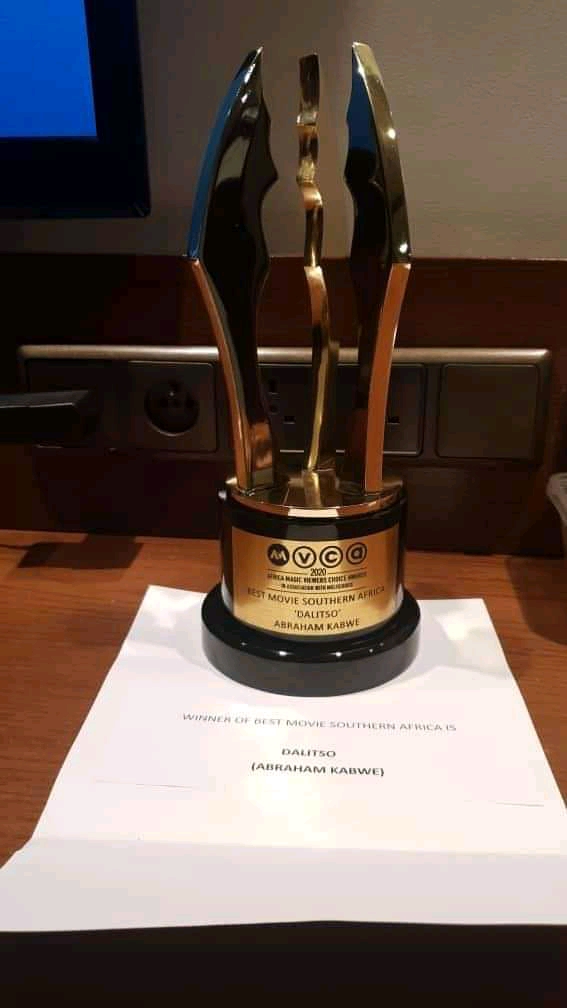 A Zambian movie director has scooped the Best Movie Southern Africa accolade at the seventh edition of the African Magic Viewers’ Choice Awards (AMVCA) held in Lagos, Nigeria with a movie entitled “Dalitso.”

The Abraham Kabwe directed film reveals the lifestyle of a 15-year old girl whose life turned into a roller coaster after she was impregnated by her step-father.

The girl’s mother was lured to resort to solutions that had deadly consequences on the girl’s health and the movie was premiered on the Zambian screens in December, 2018.

Dalitso was produced in conjunction with Sotambe Film Institute with the aim of educating and promoting awareness about social change in Zambia and other societies on the African continent.

The movie was shoot in diffferent parts of Lusaka and it features local casts and crew.

The awards were presented in 28 categories, with seven of them open to public voting while the remaining 21 categories were decided by judges of the awards as well as an inclusion of a new category called The MultiChoice Talent Factory Award.

Kabwe has produced feature films and television drama series like Chidongo, Behind Faces, and Jomako Black Democracy a movie that scooped the Best Feature Film at the 5th SOTAMBE Documentary Film and Arts Festival in 2018.

Music for the female folk in Zambia has been a hurdle, but for Towela Kaira, her first single to her name 'Delay' has proved...