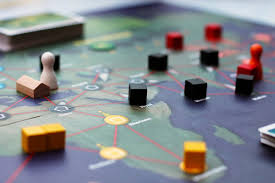 They say work with no play makes Jack a dull boy so here is where the fun was at.

UNZA students were blown with a refreshing atmosphere before school pressure kicks in.

Speaking in an interview with Lusaka Star online Magazine, JCI President, Weirsma Kombe gave an insight on the board.

“We are an organization who not only work but play too, and that’s one of the reasons we came up with this event. We realize the need for young people to take a break from school and some daily duties that may stress them out and overwhelm them, by coming to relax, have fun and laugh which is good therapy,” Weirsma said.

Participants were excited to take part in the games as they carry childhood memories.

Others went on and said it was a great pleasure and the atmosphere was so soothing and vowed never to miss any of the nights like this.

Shadreck Siwale, a student at the institution also testified on what a fun night it was.

“It was my first time being part of such an event and I learnt how to play scrabble and charades,” he said.

Weirsma went on to tell the Lusaka Star Online Magazine that game nights are to be a norm of the month once they finalize on the process and traditional games such as ichi-yenga and isolo to be added.

JCI UNZA has six other chapters around the country namely JCI ZCAS, JCI Lusaka, Kitwe, Choma, Livingstone and Ndola, all under JCI ZAMBIA.

JCI is an international organization in 120 countries worldwide, keen on developing leaders for a changing world. We are membership based and a non profit organization that encourages young people between the age of 18-40 years to be better in everything they do,

The game night was held to help fundraise for an idea (recycle for UNZA) to institute the mind-set of reusing, reducing and recycling plastic in the minds of students.

Government through the Ministry of Water Development, Sanitation and Environmental Protection has signed a Memorandum of Understanding with the World Wide Fund for Nature...