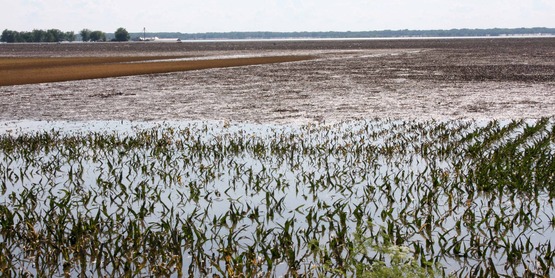 Severe hunger has been predicted by Chief Chitanda of the Lenje speaking people of Chibombo District in Central Province following the flooding of crop fields in the area.

Speaking when Disaster Management and Mitigation Unit (DMMU) Director Special Duties Felix Mang’wanto paid the chief a courtesy call; the traditional leader called on the Office of the Vice President to quickly provide relief support to his people whose fields and houses have been destroyed by heavy rains.

The area has received continuous rains for the last one week leading to floods and destruction of property,

The chief further disclosed that the heavy rains have also washed away roads and bridges in his area.

He added that all the farm inputs government provided to the people of Chibombo District have gone to waste.

He called on DMMU to help the affected families with tents and other relief support especially to those whose food stuff have been affected.

Meanwhile, DMMU Director in charge of Special duties Felix Mang’wanto said the office of the National Coordinator is deeply concerned with the flooding situation in Chibombo.

The unit will do everything possible to ensure that the people of Chibombo are food secure and will provide temporal accommodation,

He said the unit will engage engineers from the Road Development Agency (RDA) to find lasting solutions to the washed away crossing points in the district.

And Kembe Member of Parliament Princes Kasune thanked DMMU for the prompt response to the people of her constituency.

Ms. Kasune said her people are in dire need of relief support and that only government can bell them out.

She expressed optimism that the office of the Vice President will deliver to the expectations of the people of Kembe and Chibombo as a whole.