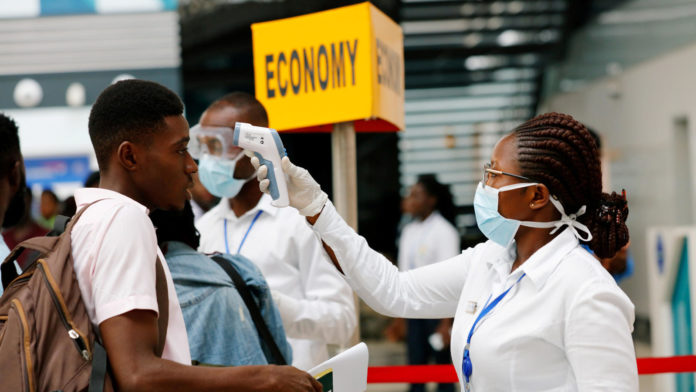 Egypt on Friday confirmed its first case of the deadly Coronavirus, making it the first known infection on the African continent and the second in the Middle East region, after the United Arab Emirates late last month diagnosed its first case.

In a statement, Egypt’s Health and Population minister confirmed that the patient is male, 33 years old, of foreign origin and is currently receiving treatment at an isolation center in Egypt. The 17 contacts of the patient have tested negative, and all of them are under home isolation for 14 days.

Until now, according to information from the World Heath Organisation, no one on the continent had tested positive for the deadly virus, officially named COVID-19.

Experts have raised concerns that countries with underdeveloped health systems —  as can be found in Africa or Asia —would struggle to contain an outbreak.

The Africa Center for Disease Control and Prevention (Africa CDC) said it is confident Egypt has the expertise to manage the situation, adding that it is communication with officials in Egypt and the WHO to coordinate support in responding to this outbreak.

Africa CDC is working closely with the WHO and other partners to ensure that the diagnostic tools needed by Egypt are available and that they take the right actions to contain the outbreak as quickly as possible.

In a statement issued on Saturday, Dr Nkengasong said that in the next two weeks, training and resources will be provided to Egypt and other at-risk countries for infection prevention and control in healthcare facilities, medical management of COVID-19, and risk communication and community engagement.

Director-General of the WHO, Dr Tedros Adhanom Ghebreyesus said ‘a global coordinated effort’ is needed to enhance preparedness in more unstable regions of the world. He called on richer nations to donate funds for a preparedness plan to help China and states with weaker health systems.

WHO has prioritised support for 13 African countries on the basis of their close transport links with China: Algeria, Angola, Côte d’Ivoire, the Democratic Republic of the Congo, Ethiopia, Ghana, Kenya, Mauritius, Nigeria, South Africa, Tanzania, Uganda, and Zambia.

Africa’s preparedness efforts have been boosted with $19 million donation from the Bill & Melinda Gates Foundation, with some of it going towards training.

Coronavirus has spread to over 25 countries worldwide since emerging at a seafood market in the Chinese city of Wuhan in early December. The death toll has surged past 1,500 and there have been over 60,000 cases globally – although experts say this figure could be much higher.

The Zambia Alliance for Women (ZAW) has called on government to provide an enabling environment that will assist women  to positively contribute to the...