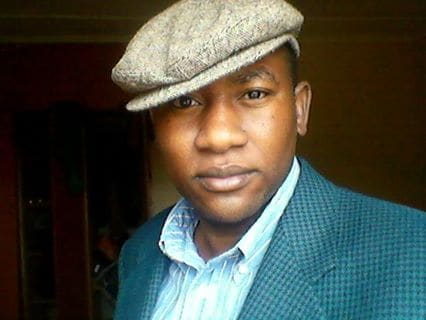 …if the industry is elevated it can complement government’s effort of creating employment-Kapungwe A Lusaka based local film producer and director has appealed to government and other sectors of society to support the Zambian film industry.

Producer of Dancers of the God film, Joel Kapungwe says  if the industry is elevated it can complement government’s effort of creating employment through film production which has potential to reach greater heights.

Mr Kapungwe also known as Yoweli Chungu recommends government for creating the Ministry of Tourism and Arts which is expected to help enhance the film industry.

“It is vital for Zambian viewers to support the industry by buying and appreciating the local productions which to push the Zambian arts forward”, he says.

Mr Kapungwe who is a member of the Independent Filmmakers of Zambia says the current competition in the industry will help set a ground for good quality production.

He explains that as music is supported by different sectors so should the film industry be supported through the introduction of awards and the building of cinemas not only in the country’s capital but in all provinces in the country.

Mr Kapungwe who has been nominated to represent Zambia in the Durban talent film campus states that it’s also good for the local producer to collaborate with international producers like Nolly Wood, and others to put the Zambia arts on the map.

And speaking to Lusaka star Collard Ngulube a lover of Zambian films says the Zambian producers should ensure that they depict the Zambian culture and rich tourist attraction sites  the country has to attract international markets who are interested to feed their eyes with a new yet unique kind of life.

"producers to lessen the making of film portraying the western kind of life style as it will not be different from the already sophisticated broadcasting of western life style that it has been subjected to through various the media " he says.

And MUVI TV Producer Henry Joe Sakala notes the coming of digital broadcasting in Zambia as a compliment to the industry because it allows diversity and international links.

He has however noted that the digital broadcasting will help local production in enhancing their quality.

The University of Zambia annual fresher’s bash scheduled to take place on the 22nd of March has raised concerns and panic for some students,...