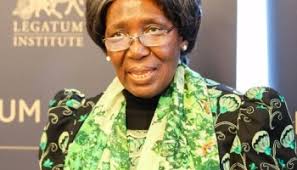 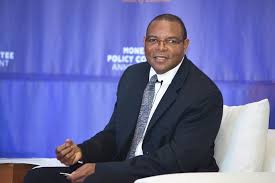 THE Jesuit Centre for Theological Reflection (JCTR) says the gradual but steady weakening of the Kwacha against major international currencies must be addressed from a comprehensive perspective. JCTR acting information officer Bwalya Musoma said while short-term measures to stabilize the Kwacha were welcome, there was urgent need to focus on long-term solutions. She added that a broad range of factors must be comprehensively considered in order to address root causes of the Kwacha’s depreciation.

TRADERS at Mtendere Khazimai Market have bemoaned the inadequate collection of garbage at the market by the Lusaka city council (LCC). But LCC acting public relations manager Habenzu Mulunda urged the traders to pay more money if they  wanted frequent collection of garbage.  In an interview with the Lusaka star, a charcoal trader Boyd Chibwe at the market said the garbage which was dumped next to his stand produced a bad smell and was a health risk.

Government urged to look into plight of women entrepreneurs »

A Lusaka based entrepreneur has urged government to look into the different challenges faced by women entrepreneurs. In an interview with the Lusaka star, Docus Chigalula said women are poor due to the absence of a strong policy framework that supported the growth of an entrepreneurial culture among Zambians especially and women.

CITI Bank has challenged journalists within the country to have an interest in reporting on matters of business and finance. Citi Bank head of Human Resource and Public Affairs Mabvuto Daka told the Lusaka Star in an exclusive interview after Citi Banks’ launch of the Citi Journalistic Excellence Awards (CJEA) that it was important for journalists to report accurately on business and finance. Mr. Daka said journalists are key in passing information and knowledge of the business field to the public.

Fastjet Airlines has officially commenced operations on their second international route from Dar-es-salaam which landed at Kenneth Kaunda International Airport on 1st February 2014 at about 11:47hrs Central African Time (CAT). Fastjet Marketing Director Jai Gilbert said it is a good to have launched services on this route, in support of the strong trade connection between Tanzania andZambia will ultimately strengthen their relations.

Mtendere small scale business men and women have expressed worries over a newly opened Pick n Pay outlet in the area. The traders who were also part of the crowd which gathered to witness the openning of the store said that their businesses will be greatly affected because people will now be rushing to the newly opened shopping centre. Beulani Tembo,   a business man in Mtendere said his business was now threatened because most of the people would be rushing to Pick n Pay store.

SOME Lusaka pork traders are grieved over the ban on movement and trade of pig and pork products in Lusaka Province.   This was after the Minister of Agriculture, Corporative and Livestock, Bob Sichinga announced the ban explaining that the ban was due to an outbreak of  African swine flue.   One Lusaka City Market pork trader Florence Mulenga told the Lusaka Starin an interview that the ban would negatively affect her business.

There is correlation between education and entrepreneurship – 2013 GEM report »

THE 2013 Global Entrepreneurship Monitor (GEM) Sub-Saharan African Regional Report has shown that there is a positive correlation between education and a country’s entrepreneurship activities.   Speaking when presenting findings of the report during the International Development Research Centre (IDRC) conference held in Lusaka, GEM executive director Mike Herrington said lack of basic education was a constraint on business development as it reduces a person’s efficiency and productivity.