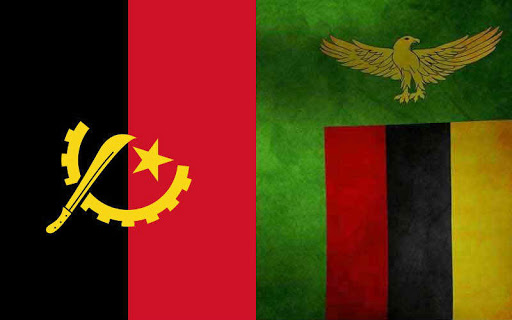 Zambia and Angola have made an agreement to speed up trade relations in the agriculture and livestock sector in order to reduce the continued importation of products from Europe and South America by Angola.

Speaking during the Zambia-Angola mini-business symposium, Minister of Fisheries and livestock Nkandu Luo and Angolan Minister for Agriculture and Forestry Antonio Francisco De Assis, agreed that there is need to solidify bilateral agreements signed by the two countries’ heads of state from the two countries in 2019.

Professor Luo said Zambia could export chickens and beef to Angola as opposed to the continued imports of livestock products from Europe and South America.

Angola, which boarders Zambia through Western and North- Western provinces, depends on imports from Brazil, Argentina and Europe, despite having neighbor states which it can import from.

We need to move into the Angolan market and unlock the agro-business potential,

And Mr. Assis said Angola is looking forward to Zambia’s expertise in areas of cereal and seed production that will enable his country to increase crop production and diversification.

Besides the importation of livestock and livestock products, we are interested in Zambia agro-enterprises sharing ideas with our local companies and identifying areas of cooperation,

The stereotype of men dominating the defence forces in Zambia is evidently coming to an end with increased numbers of women in the National...