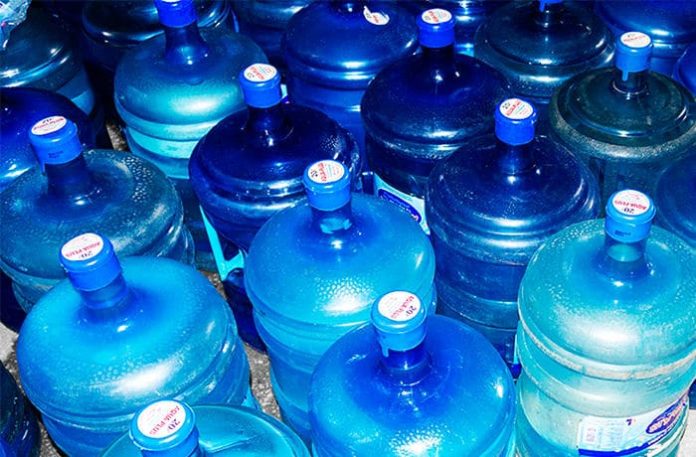 The Zambia Metrology Agency (ZMA) has suspended the packaging, supply and sale of 18.9, 20 and 21.8 litres of potable bottled water on the Zambian market.

The agency has stated that the measure is with immediate effect, after investigations revealed anomalies that are a contravention to the provisions of Section 28, 29 and 30 of the Metrology Act No.6 of 2017.

ZMA Executive Director Himba Cheelo, in a press release made available to the Lusaka star, said the action to effect the suspension followed recent reports regarding unscrupulous practices by some companies engaged in the production and packaging of bottled potable water.

“These inspections revealed serious anomalies in the packaging and labelling of bottled potable water in denominations of 18.9, 20 and 21.8 litres,” she said.

She stated that the measures had been undertaken to curtail the recently unearthed fraudulent activities in the water bottling sub-sector.

The packaging compliance regulator said the action would ensure its mandate to address the protection of consumers from fraudulent trade practices and associated health risks, as well as protect genuine manufacturers and suppliers of potable water products, from unscrupulous activities, is executed.

The ZMA, which is mandated by Law to control and regulate pre-packaged commodities on the Zambian market has, however, reassured that the directives to suspend bottled water trading excludes smaller denominations of potable water whose trading and use is allowed.
The agency has since pledged to work with other regulatory institutions, manufacturers and retailers to put in place long lasting measures to curtail all unscrupulous activities for the benefit of the consumers and the industry.

Keep Clean and Healthy campaign day on the Copperbelt in Kitwe town left 'Bryan Bwembya' popularly known as 'B-flow' in an inexplicable state as...