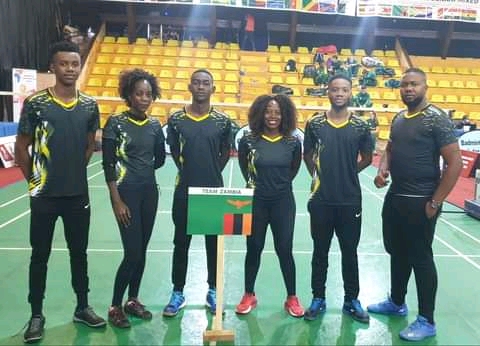 Zambia Badminton Association says it is currently training ten players to represent the country at the All Africa Senior Badminton Championship slated for Uganda next month.

In an interview with Lusaka Star, association General Secretary, Juma Muwowo said the five male and five female badminton players are conducting non residential training for the championship which will be used as  a qualifier for the world championship.

Our players are currently doing non residential training as we prepare for them to come in camp, probably two weeks before their departure to Uganda,

He also said the association has managed to raise an undisclosed amount of money needed for the championship.

We have managed to raise something for the championship and we are waiting for government to help us with the remaining amount so that we have a smooth financial plan,

And Muwowo further revealed that the association has been forced to look for new badminton players after some players quit the game.

We have recorded a reduction in the number of players who participate in badminton,

While this affects both male and female clubs, we have over the years recorded more girls stopping to play badminton.

Meanwhile, Badminton player Ogar Siamupangila said she is happy to be one of the participants going to represent Zambia at the Senior Championship in  Uganda as  it is an opportunity to advance her badminton career.

I have been out to represent the country for over 17 years and I can say I am still eager to represent my country at any given opportunity,

Siamupangila added that it is her dream to one day represent Zambia at the Olympics  Games.

She further urged female badminton players to be disciplined and work hard whenever presented with a task.

I know being a woman in sport might not be so easy but the only secret to making it big is discipline and hard work,