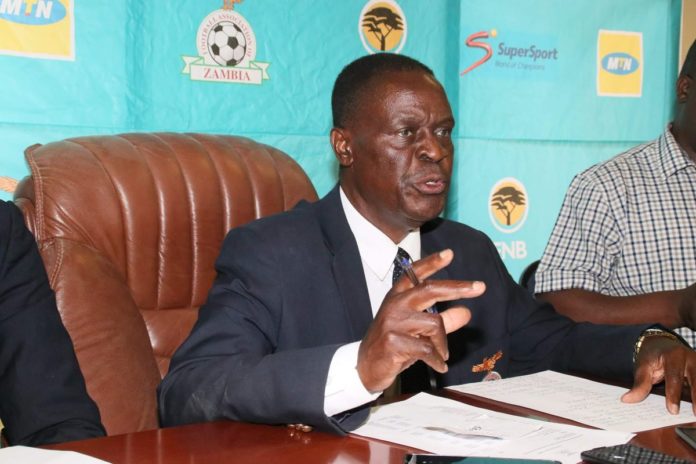 Football Association of Zambia (FAZ) Vice President Rix Mweemba has died today following a short illness, according to a press statement released by the association.

The statement which was released today by FAZ Communications Manager Sydney Mungala revealed that Mr. Mweemba, who was also a FIFA Instructor, died around 04:00hours at Coptic Hospital in Lusaka.

Meanwhile, FAZ General Secretary Adrian Kashala said that the governing body is mourning the loss of a dedicated and respected servant of Zambian football.

He added that Mr. Mweemba struck the association as an admirable family man with his great work ethic and selflessness.

The general secretary has also rendered thoughts and prayers to the family of the late vice president and the football fraternity in Zambia.

Prior to being appointed as Vice President in April 2017, Mr. Mweemba served as FAZ Treasurer and also played a huge role in the restructuring of the Zambia Premier League as chairperson of the League Restructuring Working Group.

MFWITI TO BRING BACK BATU WAYZ