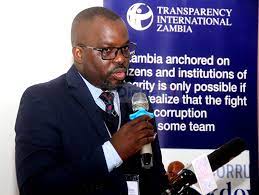 Transparency International Zambia (TI-Z) says the move towards fully banning campaign rallies may be used as a tool to limit the ability of opposition political parties to directly engage with the electorate.

In a statement made available to the Lusaka Star, TI-Z Executive Director Maurice Nyambe said the biased implementation of the Public Order Act has been a source of concern.

This is a matter of grave concern for many stakeholders, and our fear is that the COVID-19 pandemic will now be used as a scapegoat of convenience for the further limiting of freedoms through the Public Order Act,

Mr. Nyambe added that the presidential directive to stop all physical campaigns further interferes with the work of the Electoral Commission of Zambia (ECZ).

As much as the President is Head of State, he must not lose sight of the fact that he is also a candidate in the August 12th election, and it is unacceptable for him to set the rules of a contest in which he himself is an interested participant. Let us remember that the ECZ already gave guidance on how political parties should campaign and advised that parties should consider not holding rallies,

He has further advised the police service to ensure a level playing field during the campaign period.

We also wish to remind the Patriotic Front, ECZ and the Zambia Police Service that a level playing field is the foundation for a free and fair election, and they must do everything in their power to create that level playing field,

Mr. Nyambe has since urged all stakeholders in the electoral process to conduct themselves with respect and civility.

People of Njolwe community in Chifwema area of Lusaka East are living in fear  due to the presence of two lions believed to have...