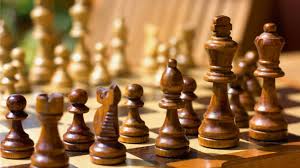 The Chess Federation of Zambia (CFZ) says the federation is happy that they have managed to get sponsorship for this year’s league.

In an interview with Lusaka Star, CFZ President Mukubalo Chilufya said they are grateful to the two sponsors who have come on board.

Mr. Mukubalo revealed that the federation has managed to strike a deal with Henry Courtyard group of companies who have put in k100, 000 for this year’s league.

He added that National Institute of Public Administration (NIPA) has also given the federation a venue for the league.

CFZ president further confirmed that the league is doing well.

Mr. Mukubalo stated that the Chess players have always been active and it has simply continued from where it ended.
He said the morale has been boosted by the good sponsorship.

This is the elite league, we have got crème de la crème of players in the clubs that are participating in the current league,

CFZ said they have games that are being played which is motivation to the upcoming players.

He revealed that they are 10 clubs involved.

Mr. Mukubalo added that the league which is the elite Michael Tole Zone 4 will end in December. The league was named after a veteran Michael Tole.

CFZ has promised that from the league, it is guaranteed that Zambia will produce a grand master or two in the near future. The federation remains appreciative to the sponsors who have been supporting the game of chess.

The Lusaka City Council (LCC) has pledged its commitment to ending AIDS by 2030 by providing leadership in the HIV/AIDS response  in the city. Deputy...