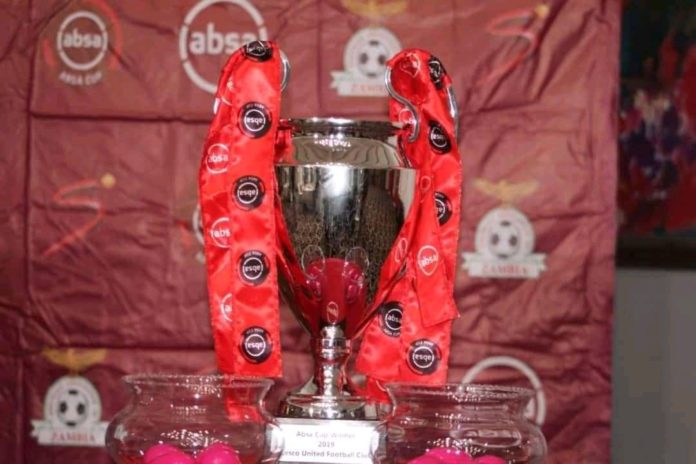 Eight soccer teams are set to battle for the six hundred thousand kwacha pumped into the 2020/2021 ABSA Cup.

Runners up in the tournament will walk away with K250 000, while the player of the tournament and man of the match will earn K15 000 and K25 000 respectively.

The bank will award the participating clubs K25 000 each to help in the facilitation of their preparations in the tournament.

This year’s quarter finals are slated for Woodlands Stadium in Lusaka and will be played between March 13 and 14, 2021.

Zesco United  have been drawn against Kansanshi Dynamos, who qualified as long leaders in the Eden University National Division while Forest Rangers take on Konkola Blades who qualified as second in the division.

The semi finals will be hosted at the Arthur Davies Stadium in Kitwe on March 17 and 18 2021, while the final is scheduled for March 24 and 25 with the venue yet to be announced.

Civil Society for Poverty Reduction Zambia has challenged the Minister of Finance to update the country on the current debt stock. CSPR Executive Director, Patrick...