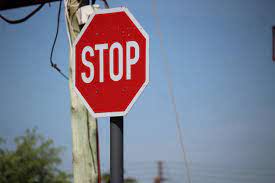 ZRST Head of Communications Mailos Mwale said that ZRST is concerned about sign post vandalism and has engaged councilors to work together to protect the infrastructure which government has put in place.

Mr. Mwale added that his association has also engaged civic leaders to help notify local people about the importance of road signage.

Mandevu is one of the communities were road signage vandalism is done. People are removing sign posts and making braziers and other materials out of them,

Mr. Mwale further explained that the vandalism has made it difficult for most motorists to drive without road signs, thereby causing accidents.

He however, mentioned that a lot of awareness campaigns were done in Northmead to ensure that road signage is protected, and ever since Northmead sign posts have been intact.

The Anti-Corruption Commission (ACC) in Choma district of Southern province has arrested a former Mayor of Choma for Conflict of interest in a matter...