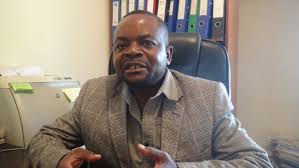 The Zambia Council for Social Development (ZCSD) has acknowledged the current position by the Republic president Mr. Edgar Chagwa Lungu and the United Party for National Development (UPND) Leader, Hakainde Hichilema.
Executive Director of ZCSD Lewis mwape said ZCSD strongly believed that leadership of the National Dialogue would be critical to the success of that Reconciliation and National Dialogue and this must not be left to freely roll on the sliding ice.
“ZCSD was of the view that this achievement legless until the Steering Committee or the Team that would spearhead the National Dialogue is put in place and unveiled” said Mr mwape
He added, The Position was that three (3) Church Mother Bodies would lead the National Dialogue. ZCSD had held this position even at the time when this position was unpopular but insisted on the church leading as the only platform that meets both Neutrality and Locality conditions demanded by both the PF and the UPND Leadership.
“The process of appointing leaders to lead Reconciliation and the National Dialogue was to be an open process that needed to be undertaken by credible and accountable statesmen and women from the Church who would not be influenced by any wicked loyalty to either PF or UPND. They warn that any maneuvers by either party to manipulate National Dialogue Leadership would jeopardize the achievements we have attained so far,”said Mr. Mwape.
He added that, they perceived either party would attempt to manipulate National Steering Committee membership composition.

Mr. Mwape called for the establishment of a National Dialogue Leadership that will be Neutral, Independent and Trustworthy to ensure that Reconciliation and National Dialogue yields the desired results.
He warned that the Zambian people are watching and will judge for themselves what kind of Political and Religious leaders they have and the level of patriotism they have for  Zambia.
“The Zambian People have also placed every trust and confidence in the Church Leadership to help bring back the lost brotherhood, sisterhood the unity that had existed as one Zambia, one Nation and one people! This state of affairs had been fractured by selfish leaders that had emerged as politicians on the Zambian political scene”. said Mwape.
Mr. Mwape further said that Politicians had done their part, they had agreed, and that the Church Leadership should never be tempted to rob the Zambians of peace, unity, the political and economic emancipation of the country.