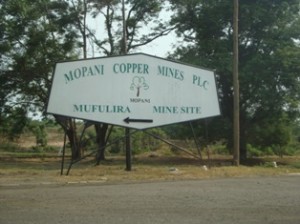 An economic analyst has said the move by the Zambia Consolidated Copper Mines Investment Holdings (ZCCM-IH) to purchase Mopani Copper Mines is commendable because it is likely improve the country’s foreign exchange earnings.

Blessings Kafwanka said that most export and foreign exchange earnings are foreign-owned, hence most proceeds do not enter the country’s economy.

As we take over the mines, most of the export earnings and the forex earnings that we will make will be able to come into the country. And I think it will help to boost the way the kwacha has been performing against other major convertible currencies,

The analyst added that with this move, over 13,000 people will not lose their jobs especially during the COVID-19 pandemic.

He cautioned that the mines should be handled in a professional manner to avoid a risk of them being burdens.

However, Economist Noel Nkoma said the decision to buy the mines does not make a strong business case.

Mr. Nkoma said that if the mine was viable, Glencore would not have dropped the asset.

Glencore is an international mining house. It has got an array of resources in terms of financial analysts who have informed them (Glencore) that the mine itself in the foreseeable future will not be profitable. For the past three years, Mopani has been making losses and that is why they dumped the asset. They tried to recapitalise the mines, they borrowed to the extent of almost five billion but it was throwing good money after bad; they dumped that,

He added that Zambia does not have the financial muscle to recapitalise the mine and repay the debt it has.

Mr. Nkoma however did mention that on the social economic aspect, it is a good move as jobs are being preserved.

Mopani Copper Mines is a Zambian registered company owned by Carlisa Investments Corporation and various stakeholders around the world.

Carlisa Investments is a subsidiary of Glencore.

"Film production in Zambia is growing at a fast rate and will gradually contribute to the Gross Domestic Product (GDP) of the country," says...