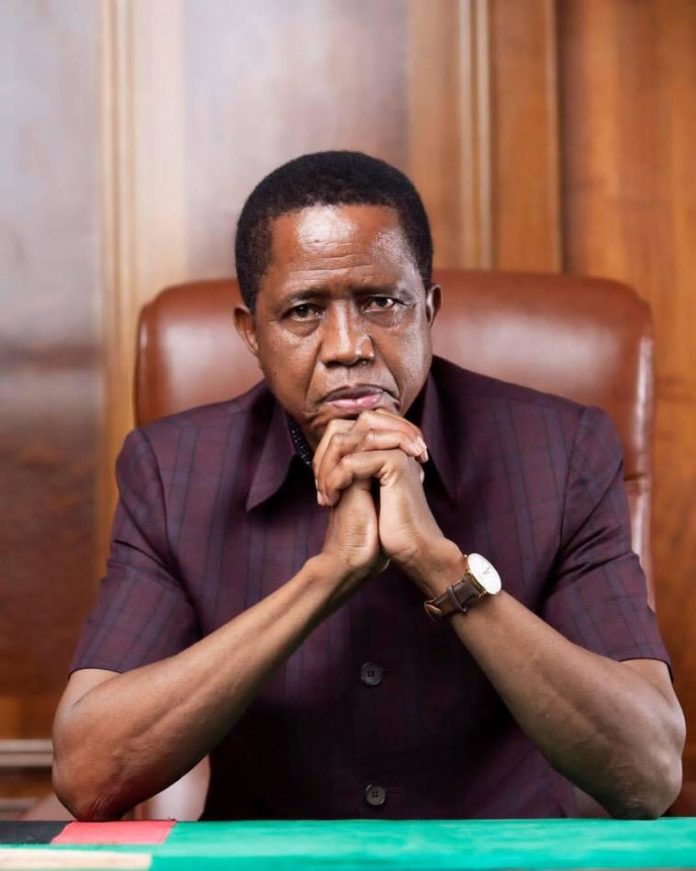 Speaking during his address at State House in Lusaka today, President Lungu said based on the regulation of the Electoral Commission of Zambia (ECZ), he will comply with the constitutional provisions for a peaceful transition of power.

I therefore congratulate my brother the President-Elect, His Excellence Mr. Hakainde Hichilema for becoming the seventh Republican President,

President Lungu further congratulated candidates who participated in the Elections and won at various levels and encouraged those who did not, that there is always another time.

I want to thank you the Zambian people for giving me the great opportunity to be your president. I will forever cherish and appreciate that authority you vested in me,

President Lungu added that all he ever wanted to do was serve the country to the best of his abilities.

He has since thanked all Zambians who voted for him and the Patriotic Front (PF), adding that their vote was not in vain and has urged them to continue supporting the party.

And President-Elect Hakainde Hichilema has thanked President Lungu for conceding defeat and allowing for the smooth transition of power.

Speaking during a briefing at his residence in New Kasama, the President-Elect thanked all the Zambians for having turned up in huge numbers to exercise their democratic right to vote.

This victory does not belong to me but to the men and women of Zambia. You came out in large numbers, with great energy and passion and you sent a clear and resounding message that has reverberated around the world. It is time for Change,

Mr. Hichilema said he will be President of all Zambians, both who voted for him and who did not, adding that the values of inclusivity, equality and diversity with be at the core of his administration.

He emphasized the need to put the past behind and move towards a more prosperous and united future.

National Sports Council of Zambia (NSCZ) has urged sports associations in the country to sensitize the public on their existence in order for them...