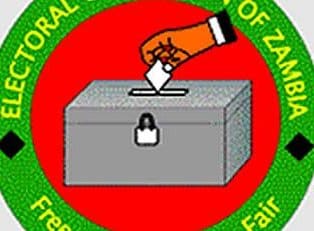 Women for Change (WFC) has advised women and youths to vote for candidates who will address their long term needs in the forthcoming general elections.

Women for Change Executive Director Lunga Siyanga said women and the youths must resist from being easily bought by aspiring candidates who distribute different items aimed at buying their votes.

She said if the country is to develop, the electorate must stop voting based on what someone offers them during campaigns, but rather vote for candidates who will address critical national issues.

Ms. Siyanga said women should look out for politicians who seek to buy their votes by offering them gifts, either in material or monetary form.

For a long time now, we have seen women being used during campaigns. Their vulnerability and poverty is taken for granted by most politicians who offer them money and chitenges. I want to urge all women and youths not to vote for such politicians because they do not address their needs,

Ms. Siyanga added that women should be empowered sustainably as they are key to the growth of the country.

She has since called on authorities to ensure that women are given opportunities than will enable them to grow and not taken for granted by politicians.

Women need to be given long term investments. They need to vote for leaders that will handle their rights such as maternal health among others. This is the government that everyone should look for,

Meanwhile, the Media Institute for Southern Africa (MISA) Zambia has called on journalists to perform their traditional duties before, during, and after elections.

MISA Zambia Chairperson Hellen Mwale said if journalists perform their duty to educate the public about their rights, they will fully understand why and how to vote.

She said journalists need to open citizen’s minds by teaching them more about the importance of elections.

Ms. Mwale explained that journalists have for a long time now, been used to spread messages that aim at supporting certain political parties, thereby abandoning their role to educate the public.

She further said that with the rise in citizen journalism and social media, now is the time that journalists need to take their role seriously.

Before, during and after elections, the media remains vital and should by all means remain professional and adhere to media ethics of being balanced, fair and objective at all times to mention just a few,

Ms. Mwale added that journalists need to educate members of the public on the electoral process, electoral malpractice as well as their democratic rights.