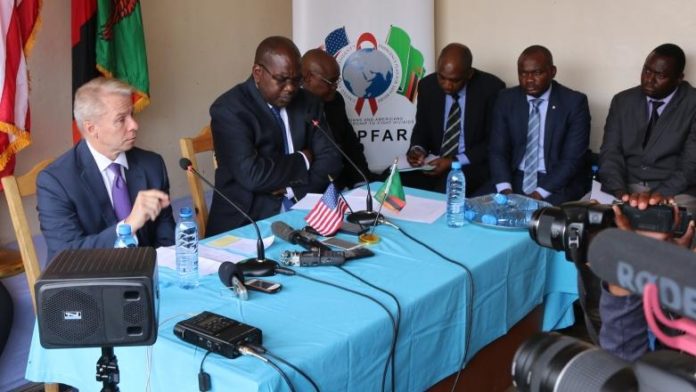 Speaking at the launch yesterday, Minister of Health Chitalu Chilufya said that government has patterned with some technocrats as well as other stakeholders to engage and renew their commitment towards the prevention of HIV infections.

He disclosed that the dramatic increase in the number of people who are now taking AntiRetroViral (ARV) drugs has led to a reduction in the spread of the virus.

He added that PEPFAR will look for alternatives ways of reaching out to infected people who are yet to be on the drugs.

The Minister and other stakeholders at the event presented awards to the best performing provinces in Improving Retention, the Best Performing Virology Labs as well as the HIV Champion Award.

Chitalu has thanked both the Zambian and American governments for their partnership in the fight against HIV/AIDS.

Earlier this month, US Ambassador to Zambia Daniel Foote said every citizen must play a role in ensuring that any person living with HIV easily accesses dignified quality care from where they work and live.

Ambassador Foote said through PEPFAR, about one million Zambians were accessing life-saving HIV treatment which allowed them to live longer and healthier lives.

The University of Zambia (UNZA) has decided that university staff members should go on leave until the end of January 2021. UNZA Spokesperson and Head...