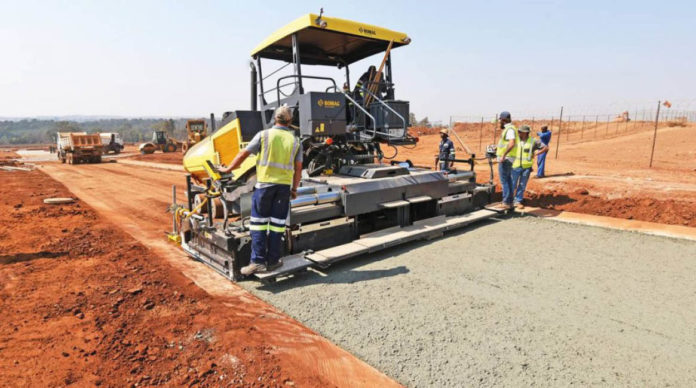 In an interview with the Lusaka Star, Chongwe area Member of Parliament who is also Copperbelt Province Minister Japhen Mwakalombe said the road project together with the new Katende-airport road project would commence next year as it had been included in the 2019 budget.

‘’ The works on the Chalimbana Lwimba-Katoba were halted because of lack of funds as it has not been included in the previous budgets but I am assured that next year the works will commence at an undisclosed amount,’’ he said.

This is in a matter where Chongwe residents complained over the prolonged period at which which the road construction had taken since its launch in 2013.

He has appealed to Chalimbana, Lwimba and Katoba residents to exercise patience as government was working hard ensuring that the road was completed.

In a similar development, a Chongwe local resident Stalone Kapepe who is also a taxi driver said it had been a challenge to access the road especially during the rainy season due to its current state.

‘’When the road was launched in 2013 we were glad that Lwimba will be connected to other parts of the country and that we as the people of Chongwe were considered as important but now the works done so far are just worsening the situation especially during this rain season as there is a lot of mud and small cars find it hard to penetrate,” he said.

Another resident Ibrahim Mwange who is a farmer however commended government for the road maintenance and development that had been worked on so far stating that the road was much better than it was by then.

‘’ Traveling from Lwimba to Chongwe town now only takes about an hour which was not the case 5 years ago and those days patients would even die on the way to the hospital because of distance and the bad state of the road, ‘’ he said.

The 61 kilometer multi-million Kwacha road when completed, will link Chongwe district through Kafue to Chirundu and Luangwa districts but has however remained dormant for 5 years with only having 5 kilometer of works done so far.

The project was launched by late Republican President Micheal Sata on May 3, 2013 as part of the link Zambia 8,000 kilometers project.

Child Fund Hands Out K15,000 worth of School Materials to Pupils