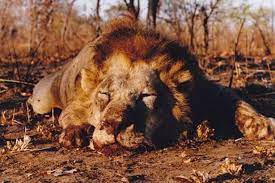 A Non-Governmental Organisation has urged the Department of National Parks and Wildlife to set up an animal rescue team that can be dispatched to recapture wild animals that escape from protected areas instead of killing the wildlife.

In an interview with Lusaka Star, Care for Nature Executive Director, Nsama Kearns said that the continued killing of wild animals that escape from protected areas by wildlife officers will have a negative impact on the tourism sector as animals such as lions are already depleting in the country.

”Looking at how these animals are depleting in the country, it is so disheartening when I hear about animal slaughter.  Zambia has a lot of challenges which it is facing such as the slow death of the tourism sector which many people depend on for jobs. So we need every animal as tourism depends on wildlife,’’ Kearns said.

She added that the core mandate of the Department of Wildlife and National Parks is to protect wildlife and not killing it.

Meanwhile, Kearns has called on government to provide adequate information on game ranching to local people who live near game protected areas in order for them to venture into the butchery business.

”What we are seeing are the elite people having this wildlife, but the people who live near national parks do not own wildlife, hence they end up being poachers as there is no other source of livelihood which they have,’’ the executive director said.

”The department should also ensure that people who own wildlife, whether they bought it from private ranches or not, have certification for it.’’

Over the last one month, two stray lions have been killed by officers from the Department of National Parks and Wildlife after they escaped from the Lower Zambezi National Park.

Ministry of Tourism Permanent Secretary EVANS MUHANGA said that the officers set out to tranquilise the lions and return them to its area, but the lions charged at the officers which left them with no option but to kill in order to protect human life.

Evans Kangwa plays his professional football at Israeli top side Hapoel Ra' ananain and has been in fine form for his club where he...

Chimbokayila prison demand more support for football at the penitentiary