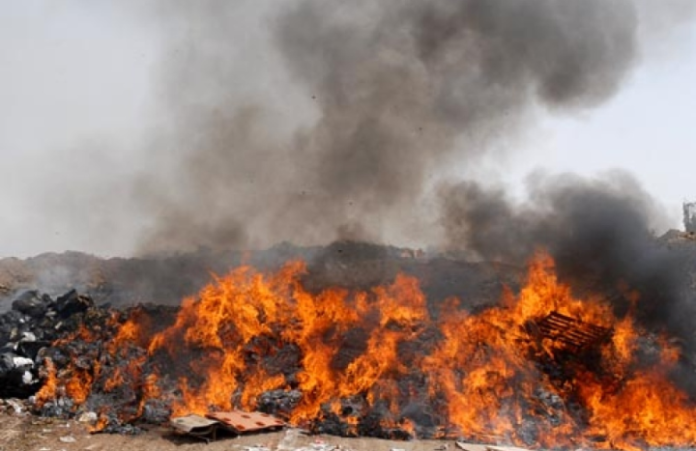 The Citizen Environmental and Social Concern (CESCo)has called on members of the public to cease from open air garbage burning as it leads to the emission of lethal chemicals that pollute the atmosphere.

CESCo Executive Director Conwell Hakapya said the corporate World and citizens must take up the responsibility of subscribing to garbage collection with management companies to avoid the practice of burning waste which affects the environment.

He said the emitted gases cause numerous health complications such as respiratory and skin diseases which mostly affect children and the elderly.

Mr Hakapya said there is need for proper disposal of waste as part of pollution control measures in Zambia.

He further called on government to help Zambia Environmental Agency (ZEMA) to see to it that those that are founding wanting are brought to book.

According to ZEMA, open air burning is a chargeable offence as enshrined in the Statutory Instrument (SI) NO: 112 of 2013 and attracts a fine of between 1800 to 15000 Kwacha or a jail sentence of up to two years

'Shelela' hit maker has shown confidence and readiness in the forthcoming battle of legends which aims at honouring great hit songs of the early...