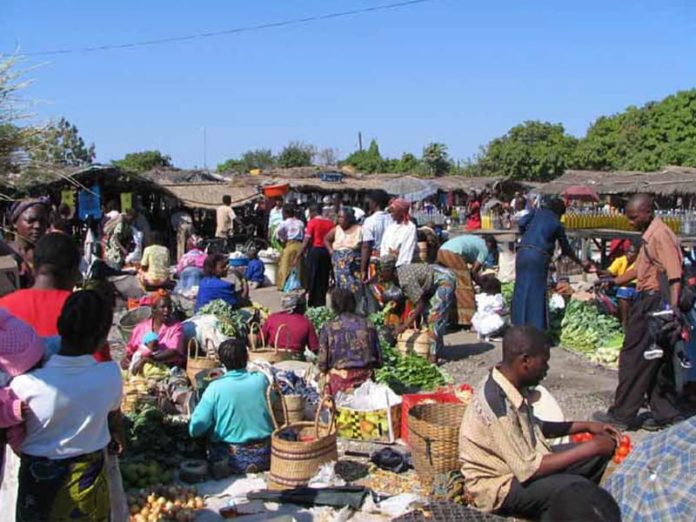 Traders at Kabuma market in Lusaka’s Kanyama compound have called on government to construct a modern market that will enable them operate in a safe environment.

Speaking in an interview with Unza radio, Christopher Chimalizeni a trader, said once the modern market is constructed in the area it will assist many people as they have been operating from an open place for a long time.

“Since the area was declared a market during  former president Kenneth Kaunda’s regime there has been no change here,” said Mr. Chimalizeni.

He noted that marketers are inconvenienced especially  during rainy season due to floods and mud which makes  difficult to trade their merchandise.

Mr. Chimalizeni added that once a new market is built in the area reports on diseases such as Cholera ,Typhoid and any other diseases would be reduced as traders selling fresh products will be trading in a clean environment.

He has since encouraged fellow traders that once a modern market is finally constructed it is their responsibility to guard it and ensure that it is always clean and not to depend on the council alone.

And Mary Phiri another Trader has on behalf of other traders appealed to  government to help them with capital as a way of boosting their businesses.

Ms. Phiri explained that the reason why their businesses and sales are not growing is due to lack of capability in finances.

The Zambia Development Agency(ZDA) has recorded a 39 percent projected investment representing $1.5 billion dollars in the energy sector. In a press statement availed to...