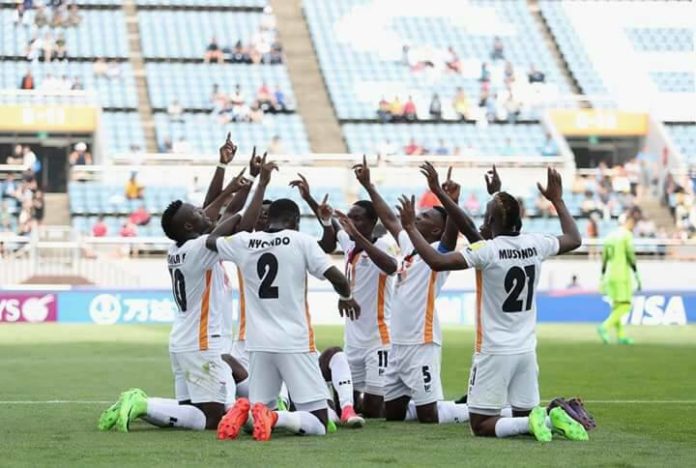 The Zambia U20 kick started their Korea 2017 U20 world cup campaign with a victory over European representatives Portugal by beating them 2-1.

The African champions got the important two goals courtesy of striker Fashion Sakala and  Edward Chilufya.

Zambia then lost their Star Striker Patson Daka through an injury and Emmanuel Banda was introduced as the first half ended goalless.

Beston Chmabeshi’s lads started the second half on a bright note and only needed five minutes to score as Edward Chilufya pounced on a powerful Enock Mwepu rebound in the 50th minute to open the scores for the African champions.

Both teams came close with Emmanuel Banda almost scoring from long range. Zambia however doubled their lead in the 75th minute with Fashion Sakala who beat two defenders before unleashing a beautiful right foot shot.

Portugal pulled one back in the 90th minute through substitute Helder but Zambia held on to win the match 2-1 and face Iran on their next match on Wednesday 24th May at 10:00hrs Central African time.

Zambia Medicines Regulatory Authority (ZAMRA) has warned all those stocking and dispensing expired medicines to desist from the vice before the law catches up...