Lusaka StarService with Excellence
HomeNewsGOVT WILL NOT REGULATE THE MEDIA— KASOLO 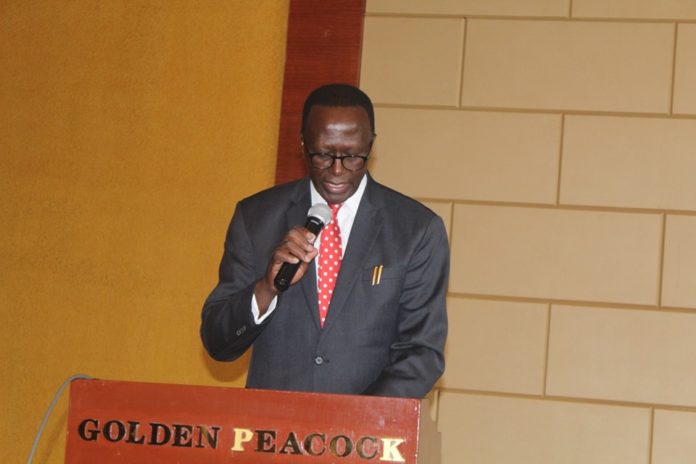 Ministry of Information and Broadcasting Services Permanent Secretary Chanda Kasolo has assured journalists in the country that Government has no intentions of regulating the media.

Mr Kasolo said this yesterday in Lusaka when he officiated at a two-day Media Regulation Insaka discussing media self regulation at Golden Peacock Hotel in Lusaka.

“I have said it before and I say it again, that it is not government’s intention to come up with a regulatory framework for the media.  Rather, government wants the media to regulate itself through a mechanism established by the journalists themselves,” he said.

The two-day conference has attracted more than 200  participants  among  them  journalists  from  various  media houses,  media  associations,  academia,    representatives  of  Civil  Society Organizations,  including  media  experts  from  Kenya  and  South  Africa.

Mr Kasolo congratulated  the  media  fraternity  on  convening at this  historic meeting saying government expects journalists to come up with, among other priorities,  ways  and  means  of  protecting  the  public  against  fake  news, sensationalism, falsehoods and other unprofessional and unethical practices especially following the advent of social media.

He urged journalists to avoid the pitfalls and loopholes that led to the failure of past attempts at media self-regulation.

He said it is for this reason that government was of the firm view that any self-regulatory mechanism journalists were to create should be backed by law.

Mr Kasolo further challenged journalists to interrogate among themselves who should be considered a journalist because social media has allowed every ‘Jim and Jack’ to masquerade as journalists, disseminate information using the cell phone and other communication gadgets.

“Aren’t we told nowadays that a smart phone is all you need to become a journalist; is that true,” he asked,  challenging participants in the conference to come up with an effective mechanism that will  clearly distinguish  true journalism from quacks denting the image of the profession,”he said.

Mr Kasolo said Journalism  was  too  priceless  a profession  that should not  be  left  to  the  whims  of  every pretender in the name of freedom of expression.

He urged the media fraternity to ensure the self-regulatory mechanism they come up with is self and well-funded and not dependent on the government.

And chairperson of the Media Liaison Committee, Enock Ngoma, said the conference underlines the journalists’ collective resolve to deal, once and for all, the issue of media self-regulation which had been elusive for a long time.

Mr Ngoma said  journalists in Zambia are determined to come up with their own media regulatory framework that would not only improve their professional and ethical conduct, but also ensure editorial independence.

“Guest of honour, this conference will produce a media self-regulation mechanism that will be decided by journalists themselves gathered here. We will decide how we will regulate ourselves and we hope and pray that this talk of media regulation will be done once and for all,” Mr Ngoma said.

The Zambia information and technology service (ZICTA) has warned members of the public to update their windows system in order to avoid cyber-attacks that...