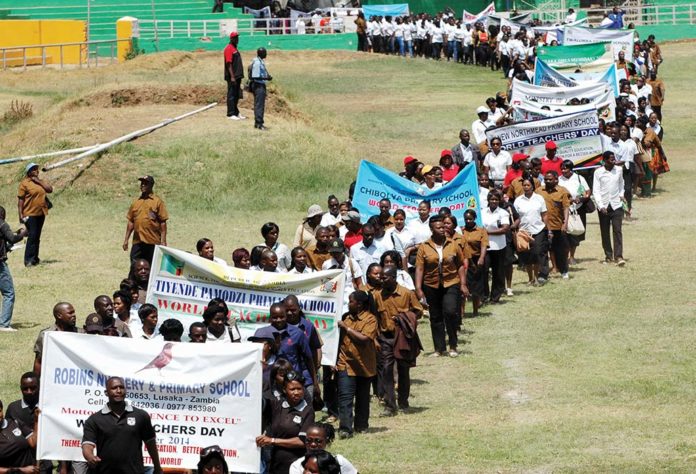 BETUZ spokesperson Kabika Kakunta said it was time government found a lasting solution to stop the growing trend of migration of teachers from rural to urban places.

Mr. Katunka said there were no serious interventions being made by the Ministry of General Education and as such the trend continued growing.

He also rubbished suggestions that deploying teachers in their home provinces would solve the problem  stating that teachers should be allowed to work in any area of the country.

“I am not for the idea of deploying teachers in their home provinces because it’s against our motto of one Zambia one Nation and such we need a teacher from Mpika here in Lusaka as welll as a teacher from Sesheke is needed in Lundazi,” he said.

Mr. Kakunta told the Lusaka Star that the union would give a proposal to the Ministry of General education to come up with a policy that would allow teachers to seek transfers after a minimum of 5 years in order for them to take their experience elsewhere.

He said this was among the various ways in which government could avoid complacency among the teachers and also ensure experience was shared.

Meanwhile, Minister of General Education Dr. David Mabumba said Government would only deploy teachers according to the needs of individual schools.

Dr. Mabumba said government would no longer send teachers to schools where their experience would not be required.

“From 2019 going forward teachers will be deployed according to the demands from schools and we will no longer just send people to places where they will have nothing to do,” he said.

He said there was also need to balance the number of students in schools so as to ensure that all teachers met equal work load.

Dr. Mabumba revealed this during the official release of grade 7 results at the Ministry of General Education in Lusaka on Monday.