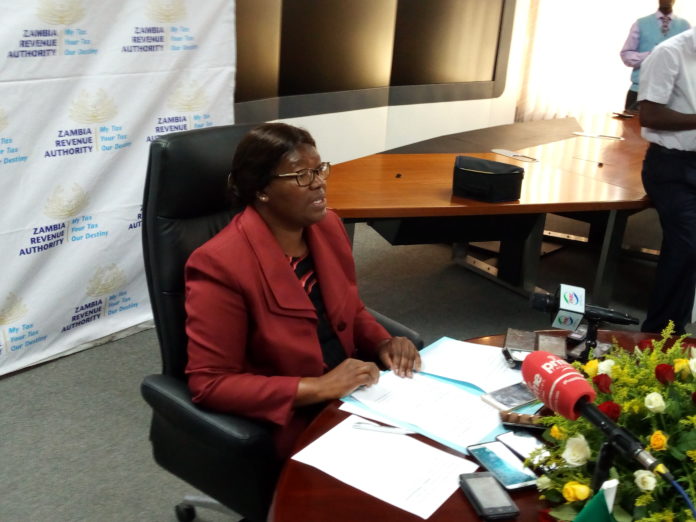 The Zambia Revenue Authority has donated k168 580 to the Disaster Management and Mitigation Unity (DMMU) aimed at helping Cyclone IDAI victims in Malawi, Zimbabwe and Mozambique.

Speaking during the cheque presentation, DMMU Coordinator Chanda Kabwe said the donation from ZRA was a perfect response from President Lungu’s call for support to the disaster victims in the aforementioned countries.

Mr. Kabwe said it was important for Zambia to extend a hand to other countries in need as the country had also benefited from such gestures since independence.

“Every good thing that we do as a nation is rewarded by God in return, we know we don’t have too much and we have problems of our own but that does not stop us from helping others in need,” he said.

He said Zambia was concerned with 600 deaths experienced in the three countries as well as the other three million people affected.

Mr. Kabwe said Zambia as a country was a strong believer of ‘Ubuntu’,something it has believed in since independence.

Meanwhile, Minister in the office of the Vice President Silvia Chalikosa said her office had requested ZRA to put a waiver on Customs Duty to all donated items at Muchinji and Chilundu Boarder to avoid unnecessary delays in the transportation of these items.

Ms. Chalikosa said it was a moment of pride that the country had managed to gather so much in attempts to help those in need.

“I must say that government commends the well-wishers for coming on board and putting resources together to assist our brothers and sisters in this trying moment,” she said.

She said the door at DMMU was still open for all those who wanted to contribute something towards that noble cause.

“We know our mandate as ZRA is to collect revenue on behalf of citizens, but we will not neglect community activities for we too come from the very community,” he said.

Richard Musesa popularly known as Rich Kay B is a n upcoming rapper whose music among others encourages youths to stay away from sexual...