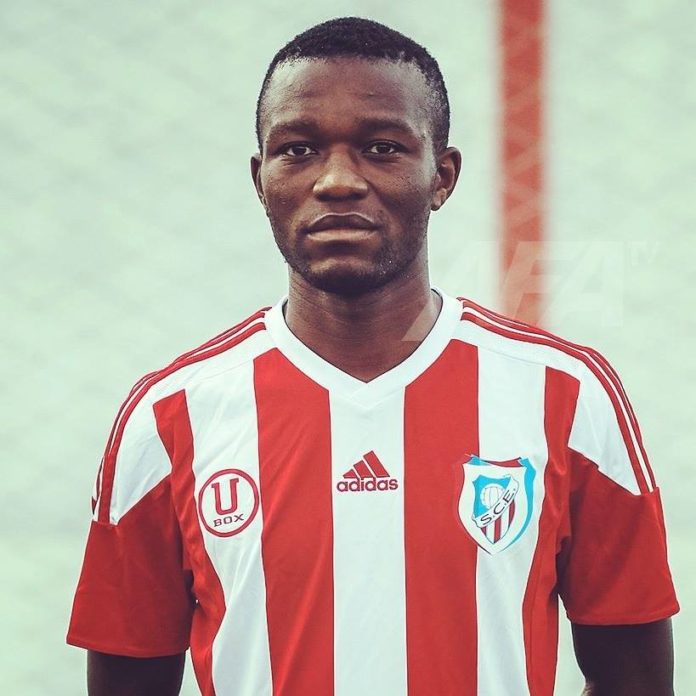 Chipolopolo under-20 striker Emmanuel Banda is expected to join his fellow Zambian players in Spain this week after successfully obtaining a visa.

Speaking in an interview with The Lusaka Star, Banda disclosed that he had finally obtained a visa into Spain, and will soon be joining the rest of the team very soon.

He added that he was excited to be a part of the U-20 team, and was confident that they will perform well and qualify to the World Cup.

“I am humbled to a be part of the squad. Our goal is for us to work hard in the tournament and qualify to the U-20 world cup.” he said.

The young striker also expressed confidence in his abilities, citing his experience playing in Portugal as the main reason.

“I have gained confidence and tactical awareness during my stay in Portugal,” Banda said.

He further appreciated the different coaches that have trained him for helping him become a better player.

Meanwhile in Spain, the Zambia U-20 team defeated Tenerife B 1-0 in a practice match played at the Centro Insular de Atletismo de Tenerife, on Tuesday.

The Zambia U-20 national football team is in Spain as part of preparations for the 2017 Africa U-20 Cup of Nations competition which starts in Lusaka on February 26.

Ministry of Local Government and Rural Development permanent secretary has disclosed that all the councils across the country have already constituted Constituency  Development fund...