Lusaka StarService with Excellence
HomeBusinessWOMEN UNEMPLOYMENT; A MINDSET OR REALITY? 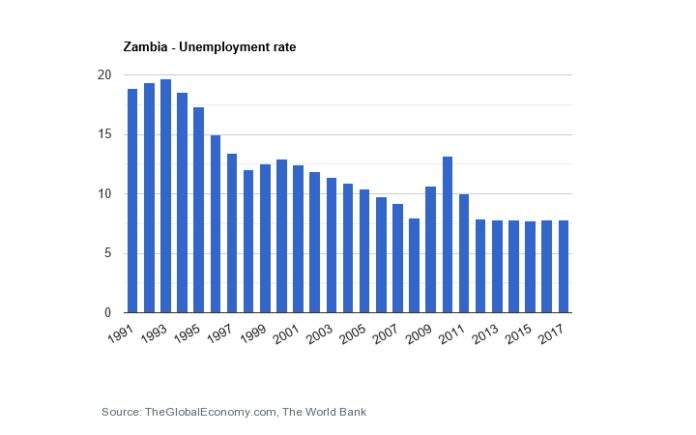 It’s often stated in what now has become an adage that men in entrepreneurship face minor challenges, except the access to markets, as compared to women’s difficulties in accessing finances to set up businesses.

With many factors inhibiting their potential, such as access to capital, uncertainty of income and several cultural norms, unemployment statistics show that women have continued to contribute little to the nation’s economy since time immemorial.

According to the United Nations, as at 2017, the labor force participation rate for women in Zambia was 78.3 percent, against 95.0 for men. This is despite the fact that women form the largest of the population as 51 percent.

With job creation being one biggest economic issues of our time, initiative by support organizations towards the realization of women’s entrepreneurial abilities to blossom in the informal sector are overwhelming.

Today’s capstone seeks to take a good look at experiences of some of Zambia’s women in business and strategies that stakeholders are putting in place to ensure improved business support systems.

Nonetheless, there has been an accruing number of women who are at the helm of businesses, either as sole enterprises or as executives recruited by company owners.

Sepo Mwiya is a Lusaka cashew nut trader and she attributed the source of challenges female Small Medium Enterprises (SMEs) face to what she termed as “unfavorable policies on imported goods.”

“Despite some chain stores such as Food Lovers being helpful by allowing cashew farmers to sell the commodity in bulk without labeled packages, we are given almost impossible requirements to the extent where we have to compete with cashews from South Africa,” she echoed.

She also believes lack of partnerships among women is one of the leading contributing factors to women’s struggles to make their businesses viable.

Ms. Mwiya is of the view that: “Despite difficulties women face in acquiring capital, it is not advisable to get loans when starting a business, as many don’t have proper business plans, often resulting misapplication of funds and in worse instances losing collateral.”

“Our trust currently has a project called “Trash the treasure” and it basically involves picking gabbage and turning it into treasure. It doesn’t just end there, we market and sell the products,” she said.

She stressed that despite most women opting to sit at home and take care of children, this initiative gives them a “great” opportunity to take make their own money out of the trade.

Moving on, the cries of these and other SMEs have not fallen on deaf ears as the International Trade Centre (ITC) bred She Trades Zambia seeks to integrate 3 million women by 2021.

Saddened by the 5:1 ratio of exporting firms owned by men to those owned by women, She Trades Zambia Board Chairperson Mary Nc’ube saw the need for efforts to reduce the gender gap in entrepreneurship.

“The country needs to come up with more initiatives to help raise awareness as well as promote trade equality between men and women to ensure that women entrepreneurs contribute to the economy,” Ms. Nc’ube echoed.

She further urged women to grow their businesses beyond subsistence so as to in turn empower other people with employment.

Anna Mori, ITC She Trades Project Manager advised women SMEs to make their business identifiable to international markets by taking advantage of She Trades’ platforms to have a seal of credibility to entice buyers.

She also called for strengthened competitiveness of women in value addition sectors like agriculture, textile and clothing value chain as well as improved market linkages for women.

With most assets that can be used as collateral being registered in men’s names, one would wonder what role financial lending institutions are playing to provide a stepping stone for our women.

“The institution offers loans up to US$100 for women to venture export businesses of their choice. We also offer mentorship for the women.”

Dr. Chewe further expressed dismay in the number of loans that most women groups have misapplied due to lack of export strategies as well as poor networking traits.

Through concerted efforts, Zambia can eliminate the high levels of women unemployment so as to help them move to the next level and reach their full potential in terms of contributing to the national economy.

POLICE in Luapula Province have arrested a Witch-Finder for naming a person to be a wizard and obtaining K60, 000 by falsely pretending to...