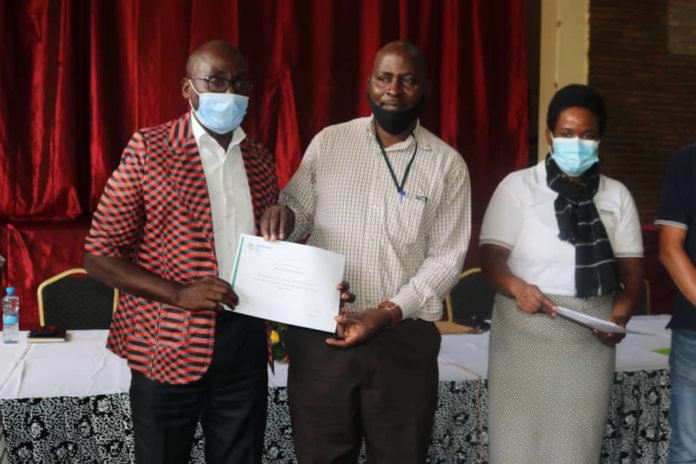 Speaking during the hand over ceremony at Kamwala Secondary School, District Education Standards Officer (DESO) for Lusaka district, Anderson Katete said he is happy to see collaborations between government and the private sector aimed at promoting agricultural initiatives in schools.

I am delighted with your donation of the irrigation equipment which will go a long way with helping schools to improve and increase their agriculture production of crops for sale,
Katete said.

Meanwhile, MAH Chief Executive Officer (CEO), Suwilanji Chirambo said the donation of the irrigation equipment is one of the ways in which the organisation is supporting the Government’s Plant a Tree Campaign.

The Plant a Tree Campaign, which is being championed by the Government of the Republic of Zambia ,will always be of outmost importance for our own advocacy of Plant a Fruit and Nut Tree initiative, she said.

She further said the  company’s Plant a Fruit and Nut Tree initiative is aimed at curbing the effects of climate change in the country.

Our heartbeat has intensely gravitated towards finding solutions to the challenge of climate change that has negatively impacted our country and the world at large, Chirambo said.

And Green2000 Installation Manager, Dan Hovvitz said partnering with MAH on this donation is aimed at implementing advanced agriculture systems in various schools in Zambia.

We aim to put a system in every school across the country and give the next generation an opportunity to learn about advanced agriculture and its benefits,
he said.