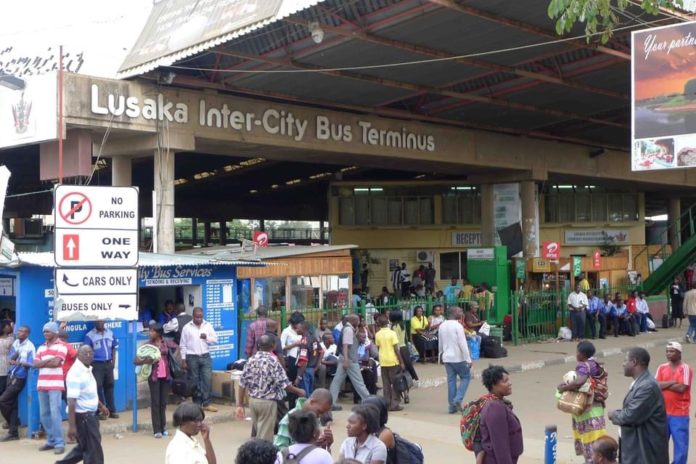 The United Party for National Development (UPND) has directed all its party youths and cadres not to collect any levy from bus stations and markets.

UPND Kabwata Constituency Chairman Isaac Sulwe said this in a statement as a cautionary note in line with the party’s policy on cadreism.

Mr. Sulwe added that any one who will be found conducting him or herself contrary to the directive should blame one self for the repercussions that will befall them.

Further, all ward youth leaders working in conjunction with respective ward councillors should go round to ensure no crime is committed by any cadre in these markets and bus stops,

Mr. Sulwe further directed that no party flag should be raised at any bus stop in Kabwata Constituency.

In view of the above, police have been directed to arrest any cadre found conducting illegal business in the markets and bus stations in the name of the party,

He said the transportation business is a private entity that does not belong to any party including UPND and hence, no unauthorized person has claim on any income generated.

Please let us give the people of Zambia what we promised them during the campaigns that there will be freedom and liberation in these markets and bus stations,

Meanwhile, the Lusaka City Council (LCC) has taken over the operations of Intercity Bus Terminus.

Speaking during the tour of the bus terminus, Lusaka City Town Clerk Alex Mwansa said the move will also be extended to other bus stations and markets in the city.

Mr. Mwansa stated that the move to remove cadres from all markets and bus stations will help improve revenue collection for the local authorities whilst creating job opportunities for the youths.

This place can generate a lot of employment for the youths. If you analyze the value chain for intercity bus station, it can create a lot of jobs for the youth and that is what we want to do,

He further explained that the space that has been left by cadres in the bus stations will be filled with qualified manpower.

The Town Clerk added that local authorities want to ensure that intercity bus terminus is run professionally, stating that recruitment will be merit-based.

Mr. Mwansa later said that the revenue collected at the station will be used to improve the infrastructure to create an enabling environment for travelers.

This is according to a statement released by LCC Public Relations Manager Mwaka Nakweti.

Two Zambian football sides Nkana and ZESCO United are set to meet in the CAF Confederation Cup group stage for the first time in...