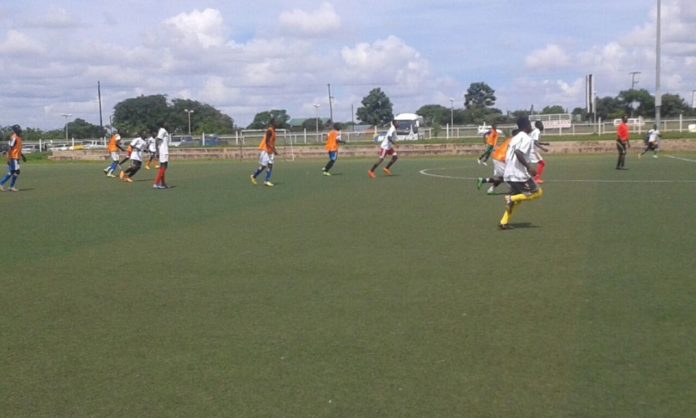 Nkwazi Football Club Head Coach Albert Mphande has expressed happiness over his team’s performance in their pre-season match against Olympic Youth Development Committee (OYDC) youth academy.
Speaking in an interview with the Lusaka Star, Mphande said he was delighted with the team’s performance as it prepared for the 2017 MTN/FAZ league to commence in the second week of March.
“This match enabled us to try out the new players we signed, in general it was a good overall performance by the players as it gave them an opportunity to blend,” Mphande said.
He added that the match against OYDC youth academy helped the technical team assess each players individual performance.
The Nkwazi head coach further added that the individual assessment of the players and the team as a whole was done to compile the first 35 players for the club.
Mphande said the team had organised a number of preparatory matches before the league kicks off.
“Our first 3 matches are in Livingstone. We are then scheduled to return back to Lusaka and participate in a Four Team Tournament at Nkoloma stadium,” he added.
Nkwazi football club who finished 5th last season, played OYDC youth Academy beating the latter 4 goals to 0 and 3 goals to 0 respectively.