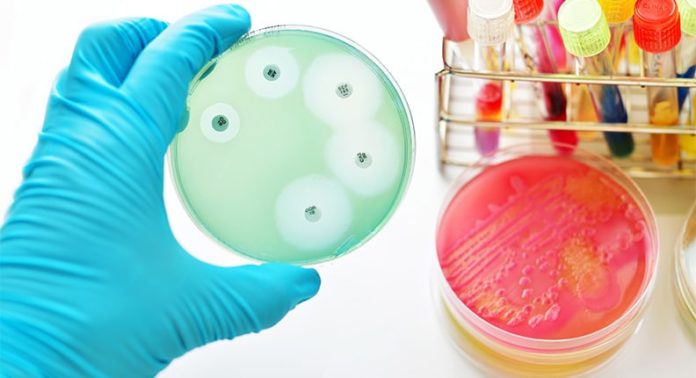 The term Antimicrobial Resistance(AMR) is usually an unfamiliar expression in a lot of communities but usually known as a trait when it comes medical consumption.

Defined as the ability of a microorganism (like bacteria, viruses, and some parasites) to stop an antimicrobial (such as antibiotics, antivirals and antimalarial) from working against it, AMR is as a result of standard treatments becoming ineffective, infections persisting and wide spreading to others.

Causes of Antimicrobial Resistance is also overprescribing of antibiotics, patients not completing their medication and poor infection control in hospitals and clinics.

Antimicrobial drug resistance can as well develop through mutations or through the acquisition of resistance genes on the mobile genetic material.

The World Bank estimated that in the absence of appropriate measures, the progression of antimicrobial resistance will cost millions of lives and trillions of dollars by the year 2050.

According to the 2017 World Bank report, an optimistic scenario of comparatively low impacts, unchecked AMR will likely reduce annual global GDP by 1.1 percent by 2050.

In the case of high AMR impacts, by 2050, drug-resistant infections may cut annual global GDP by 3.8 percent.

The report made a stark comparison of the reductions in annual global GDP due to AMR to the losses caused by the 2008–09 world financial crisis.

The goal of the draft global action plan was to ensure, for as long as possible, continuity of successful treatment and prevention of infectious diseases with effective and safe medicines that were quality-assured, used in a responsible way, and accessible to all who need them.

This enacted the Republic of Zambia in 2016 to adopt the “One Health” approach and since then has been conducting activities develop a multisectoral National Action Plan (NAP) to combat and stop the spread of AMR.

The NAP was intended to institute strategic interventions in all key sectors relevant to this fight, that is, the human, animal, plant, and environment sectors.

In reciprocating the action plan, The Zambia National Public Health Institute (ZNPHI), the Action on Antibiotic Resistance (ReACT) and The Ecumenical Pharmaceutical Network (EPN) with governmental gridlock under the Ministry of Health have been working hand in hand in implementing well as monitoring and evaluating a framework for Antimicrobial Stewardship.

The primary objective of antimicrobial stewardship is to enhance clinical results while minimizing unintended consequences of antimicrobial use which might embrace the selection and emergence of resistant pathogens.

It is also having the objective of pushing the program in some health facilities at all levels of the healthcare system with the goal of scaling up these programs country wide as part of the AMR National Action Plan.

And Ministry of Health spokesperson Dr Abel Kabalo assured the nation that the Ministry was on course in ensuring Antimicrobial Resistance stewardship, awareness and implementation.

He was speaking in an interview with the Lusaka Star when he said that the Ministry was ensuring that they supplement clinic and hospitals with drugs that were efficacious towards bacterial infection.

Dr Kabalo stated that the issue to do with AMR had always been there and it was up to individuals, clinics and hospitals to take punitive measures to encourage proper use of drugs.

He said certain antibiotics do not respond to certain body systems and it was always important to conduct sensitivity tests to an individual to process which drug was effective to an individual.

“You may discover that certain bacteria that affects an individual sometimes may not respond well to certain drugs such Septrin, Amoxicillin but may respond to erythromycin,” he explained.

The Ministry of Health Spokesperson emphasized the need not to promote a cocktail of antibiotics but find the precise and exact antibiotic for treatment.

Dr Kabalo put it on record that the Ministry was increasing national surveillance on AMR in ensuring that issues such as hospital acquired infections were dealt with by promoting clean water and sanitation in these institutions as these were high risk institutions.

Meanwhile, Copperbelt University (CBU) Lecturer in the School of Medicine, Dr Scott Matafwali explained that a number of types of bacteria and other microorganisms that cause serious infections in humans such as malaria, pneumonia, tuberculosis and cholera have already developed resistance to most and in some cases all of the available treatments.

“A key example of this has been with the emergence of resistance of malaria causing parasites to antimalarial drugs such as Chloroquine,” he said.

Dr Matafwali stated that the impact of AMR on human health was vast and would lead to increased morbidity and mortality.

He said with the emergence of AMR, there could also be an increase in the resources used to treat, or cope with, disease, including costs of hospitalization and medication.

“Indirect costs of the increased morbidity can include disability and premature death both of which could have a negative impact on worker productivity because of reduced or impaired labor supply,” he said.

The Copperbelt University Lecturer called for collaboration by stakeholders, academia, health workers, farmers, patients and ordinary citizens to fight against AMR and ensure they educate others on its effects.

The World Health Organization states that Antimicrobial Resistance (AMR) was a critical public health issue globally and this is because its 2017 report conveyed that Antibacterial agents in clinical development – an analysis of the antibacterial clinical development pipeline, including Mycobacterium tuberculosis showed a serious lack of new antibiotics under development to combat the growing threat of antimicrobial resistance.

The report found very few potential treatment options for those antibiotic-resistant infections identified by WHO as posing the greatest threat to health, including drug-resistant tuberculosis which kills around 250 000 people each year.

The Sports Development Trust Fund will be introduced in a bid to improve funding in the sports sector as well as promote private sector...