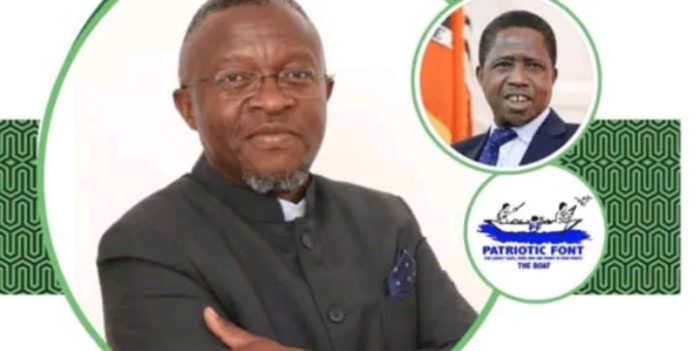 Speaking when he addressed the media in Lusaka last weekend, Mr Chilubanama said that his decision to stand as Lusaka Provincial Chairman was made as a call by the party to rebuild and strengthen the party.

He said his agenda if voted into office would be to foster reconciliation amongst members of the party.

The former State House PS said there was need for members of the party to openly forgive and embrace each other if the party was to move forward.

Mr Chilubanama also noted that the party was experiencing division at parliamentary, ministerial and council levels of leadership.

“Coming to the level of lower organs it is worse because this spirit of disunity is precipitated by leadership at higher level, either knowingly or unknowingly,” he expressed.

He urged all members of the PF to foster peace, unity, love and reconciliation as these were the pillars that the party was founded on.

Meanwhile, Mr Chilubanama mentioned that if voted into office as Lusaka Provincial chairman, he would make sure that the party fosters exchange programs with other political parties.

“We will work closely with the Secretary General so as to ensure that these programs also link us to provincial level with other parties,” he stated.

He said that he also plans to setup a research bureau at provincial level that will comprise of youths from all levels of schools and sectors to help cocktail information that they are facing.

Mr Chilubanama further explained that the prospected library will also act like an information library for the party’s history and structure.

The Zambia Development Agency (ZDA) is impressed by the response from Finnish investors towards business opportunities in the country. ZDA Director General Perry Mapani said...