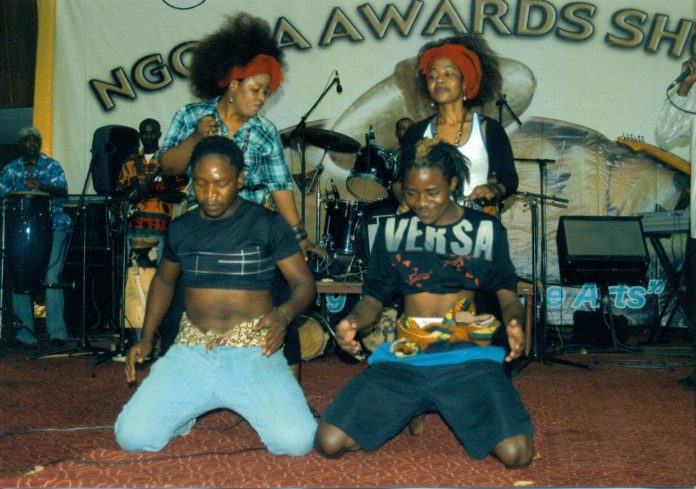 Music, like any other human activity thrives on hard work as well as motivation of characters through public acknowledgment their excellence and contributions to society.

This can be demonstrated through awarding of noble prizes, that can either carry monetary form given to the recipient or simply be without any tangible token or prize of excellence.

Zambia is no exception when it comes to recognition of excellence in music as it has held awards like Kwacha, Born n Bred and Mosi Larger sponsored Zambia Music Awards (ZMA), National Music Awards (NAMA) and the lately docile Ngoma awards.

Nonetheless, the recent announcement by the National Arts Council (NAC) of the reintroduction of the ‘prestigious’ Ngoma Awards slated for 7th December 2019, is a move that has sparked excitement among some of the nation’s musical talent, having last been held in 2012.

Dancehall artist B Flow said: “the reintroduction of the awards is a milestone for Zambian music because there are based on integrity as well as a national character and they also promote the cultural aspect of Zambian music.”

B Flow, who recently resigned from his position as Zambia Association of Musicians (ZAM) Publicity Secretary believes the move by NAC to reinstate the awards is a reinforcement to upholding the nation’s identity.

“Young artists are going to learn how to rebrand themselves and going back to the authentic Zambian music. This will help the country to be identified because there is stiff competition out there and the only way we can be able to fit in is by authentic sound,” B Flow echoed.

Song Bird Sister D is one of the few artists that has won the awards on several occasions and opens up on the hype that characterized the atmosphere when the road to the previous Ngoma awards dawned.

“When we were growing as young artists, we were always looking forward to the Ngoma awards and we so excited to see the end of year because we knew we were going to have these awards,” Sister D said.

The singer, who is married to reggae musician Maiko Zulu – the only Zambian to have scooped a Kora award believes the coming back of the awards will motivate imminent talents in the country.

And NAC Board member Mweembe Chulu expressed excitement over the reinstatement of the Ngoma awards as he believes the awards have for long been the face of Zambian music.

The artist, popularly known as Mweembe Muntu, disclosed the are enhanced efforts being fused into the rebranding of the awards.

“We have zealous committees that have been put in place to brand these awards to what they are supposed to be and the NAC chairman is eager to see that the council works hand in hand with ZAM to ensure this year’s awards become a successful,” he said.

Meanwhile, NAC Chairman Patrick Simwimbila assured musicians that the council is putting in place an ‘organised’ adjudication mechanism that will ensure prizes are given to deserving participants.

Responding to a concern from K-Army owner Kaba Yahya alias “KB” in which he echoed what he termed  as ‘the alleged unfair awarding criteria where fans decide who win the awards’, Mr. Simwimbila said this year’s awards will both have an evaluation committee and a voting platform for fans.

He further disclosed that the Ngoma awards will base its entries on other existing awards in the country.

Zambia last held the Annual Ngoma Awards on 19th December, 2012, to recognize artistes in creative writing, visual arts, theatre and media arts which were hosted by the National Arts council of Zambia (NAC) and sponsored by Zambian Breweries.

Renowned English photographer Charlie Waile once said an image cuts across all political and national boundaries; it transcends the constraints of language and culture. And...