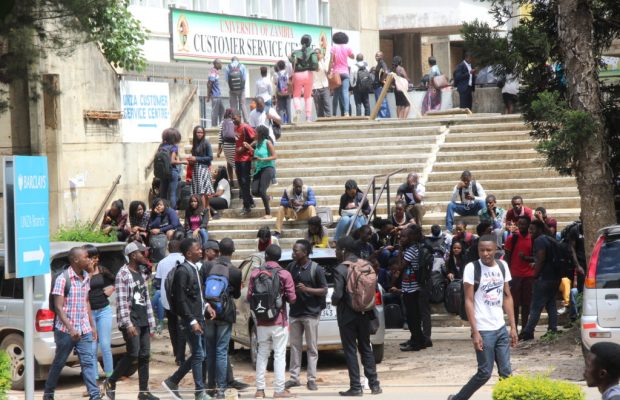 Zambians will next month vote in the country’s general election, and given their numerical strength, the youth make up a core voting bloc in this year’s crucial polls which will determine the next president.

According to the Electoral Commission of Zambia (ECZ), out of the 7, 023, 499 registered voters, 29.6 percent are between the age of 24 and 34. This accounts for the highest proportion of the registered voters, placing the Zambian youth at the vanguard of electing leaders that will foster national building, social justice and generate socio-economic opportunities for them.

However, despite being a huge voting constituency, young people in different regions of the world are perceived to be less dependable and reliable on voting day. According to an Afrobarometer survey, youths in Africa are less likely to turn out to vote and less likely to form an attachment to a political party as compared to their older counterparts.

The survey found that the longer the incumbent party has been in office, the less likely the youth are to vote,

The fact that this variable demonstrates no impact on the older cohort signifies that the youth see incumbent dominance as a disincentive to vote because the outcome is expected to be a foregone conclusion.

The second reason why many youths shun voting has been attributed to lack of habit formation when it comes to participating in electoral processes. Eric Plutzer, an American political scientist, revealed in a paper that voting is a habit acquired overtime; hence, young people have experienced few electoral events to reinforce their voting behaviour.

When young citizens confront their very first elections, each has a latent probability of voting resulting from parental, demographic and personal factors. Some will vote and become habitual voters, but most will not and likely to remain non voters in subsequent elections,

Mr. Plutzer also noted that young people opted out of casting their vote because their peer group consists almost entirely of other non-voters. Their friends cannot assure them that voting has been easy, enjoyable, or satisfying.

Despite the low voter turn out trend among youths in many democracies, young politicians contesting in this year’s general elections remain optimistic that youths will turn out in large numbers and cast their ballot on August 12th.

Mr. Joseph Mutale, 26, an aspiring ward councilor for Kalingalinga Ward 24 in Munali Constituency, Lusaka, said  many young people that he has met on the campaign trail have expressed their desire to vote because they have seen alot of youths standing for elective positions.

This year’s elections are unique as they have quite a number of youths contesting and that should give an advantage to youths to vote for their fellow youths. The message that we are getting from youths we are approaching is that they will go out and vote so that fellow youths represent them in the Council Chamber and Parliament,

Mr. Mutale, popularly known as Unza Busa, also said that his campaign team which is mostly comprises of young people is vigorously sensitizing their peers to go out and vote in order to prevent voter apathy.

With the country’s youth unemployment rate standing at 27.5 percent, according to a research conducted by Economic Association of Zambia (EAZ) President, Dr. Lubinda Haabazoka, young Zambians are particularly concerned by high unemployment and this will be the top issue for them as they cast their ballot.

Fresh from graduating at the University of Zambia (UNZA) and straight into the political fray, Robert Sintufya, 26, an aspiring Ward Councillor for Kaputula Ward in Kabwe, is adamant that the unabated rise in youth unemployment is a catalyst that will make the youth turn out to vote this year.

According to my findings after being on the ground for three months now, this time around, youths are eager to vote looking at the high levels of unemployment. There is an outcry by the youths to vote this year,

Patrick Chabula, 31, an unemployed teacher, also added that the harsh economic conditions, exacerbated by COVID-19, have made the youth interrogate political parties’ manifestos unlike being passive spectators like in past elections.

This time around, it is good we have many youths who are following parties based on policies they have said they will implement when elected, unlike in past elections, where the youth did not participate in voting or just followed the party with the most noise,

Tobias  Mwanza, coordinator for Positive Thinkers Movement, a youth-run NGO which carried out a campaign to encourage youths to register to vote and desist from electoral violence, said that youths have realised that politics should not be left to the older generation alone as it is critical in ensuring that their future is secure.

We have alot of disgruntled youths out here. We have had a situation where youths feel let down by their actions and the leaders they elected into office. This has created an atmosphere in which some youths want to make amends by trying out other candidates who will put them as top priority,

Zambian youths need to realise that voting or not voting has consequences, it is just that voting is empowering while not voting means one has denied themselves an opportunity to express their voices about political decisions that will have a huge bearing on their future.

Therefore, the youth must snap out of their political inertia and sluggishness of the past, and ensure that the country has leaders that will put public interest above personal interests, sound youth policies above slogans and political rhetoric. Being a significant demographic, the youth should tout their power through the ballot as it remains a fundamental avenue to electing such credible leadership.

Life of an UNZA Moma (University of Zambia female student)

Life on campus is described by many students as an exciting, adventurous, mind exploring as well as a challenging journey. Many youths often look...