NATIONAL DIALOGUE TO PROCEED AS PLANNED-ZCID 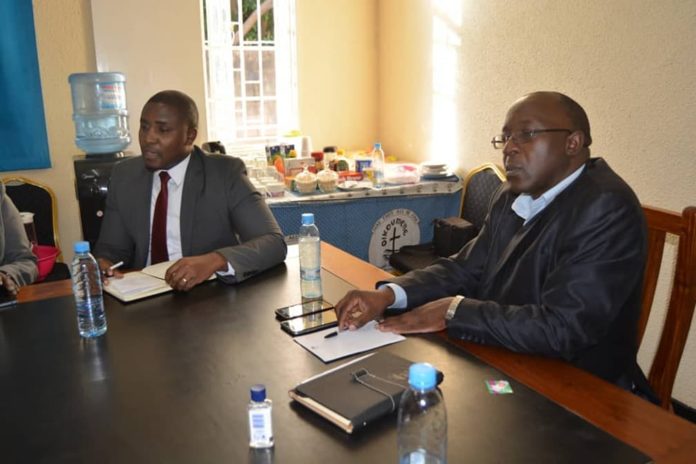 The Zambia Center for Inter-party Dialogue (ZCID) will go ahead with the proposed National Dialogue despite the clergy pulling out on it.

Speaking during a media briefing on Friday, ZCID Board Spokesperson Jackson Silavwe said, the Centre will proceed with the national dialogue as it was mandated and agreed upon by its constituent members and stakeholders.

He said during the National Democracy Stakeholders Summit and Political Party Secretary General’s meetings among other meetings held in Lusaka early this year, it was agreed that ZCID facilitates the dialogue while the church chairs.

“ZCID shall continue to facilitate the process of National Political Party Dialogue involving all the political parties and stakeholders based on the aforementioned thematic areas,” he explained.

Mr. Silavwe noted that the church had pulled out and wants to organise its own dialogue therefore, ZCID has resolved to appoint a five personnel team to chair in place of the church.

He clarified that the five would be nominated by political parties with representatives at ZCID and all have submitted the persons except for the United Party National Development(UNPD).

The ZCID spokesperson has requested all political parties both in and out of Parliament to submit a name of an independent eminent person to constitute a team of five(5) to chair the National Political dialogue.

He stated that the four thematic areas were as a result of a wider, elaborate consultation from all the political parties which were Constitutional and Institutional reforms, Separation of Powers and Judicial Independence, Tolerance, freedom of Assembly and Civility in politics and the Electoral reforms.

Meanwhile ZCID Executive Director, Monica Kanjimana said that the national dialogue is based on reforms which are the electoral act and constitution.

She said this is the main focus for most political parties as they had identified the gap in these two elements.

“They have noted that these issues are the ones causing the violence, the anger and intolerance of the political environment,” she stated.

The ZCID Executive Director added that ZCID would make sure that these issues are dealt with to avoid repeating the same matters before and after 2021 elections.

The Independent Church of Zambia (ICOZ) is saddened by the escalating cases of political violence in the country. In an interview with the Lusaka Star,...