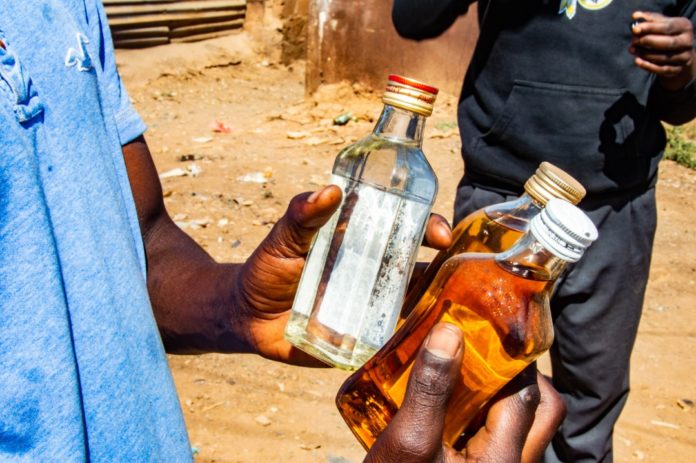 Who is the real villain hiding in plain sight in the local alcohol market? How does a responsible alcohol market factor into Zambia’s quest to attain the United Nations Sustainable Development Goals? What role can stakeholders play to create a healthy stable alcohol market?

These are just some of the questions the recently launched EY Economic Impact Analysis report by Zambian Breweries attempts to answer.
According to the report, Zambia’s largest brewer in 2019 generated about K5.8 billion worth of output while creating over 80,000 direct and indirect jobs and contributing K1.6 billion to government revenue.

However, despite these successes, the local alcohol sector continues to face numerous challenges, the most persistent of which is the prevalence of the illicit alcohol trade.

A cocktail of unenforced laws

Over the years, the illicit market has grown at such a rapid rate that government lost K21 billion to the national output in 2018 alone.

According to Euromonitor’s 2018 Global Study on Illicit Alcohol, one in four alcohol bottles are illegal, representing 25.8 percent of all global consumption. These findings corresponded to data from the World Health Organization (WHO) that placed unrecorded alcohol at 25.5 percent of total worldwide adult consumption during the same period with marked growth projected over the new decade.

While legitimate alcohol manufacturers like Zambian Breweries contribute to employment, entrepreneurship development, comply with food and beverages safety standards, and contribute to the national treasury, the illicit market continues to predominantly supply smuggled beverages that often lack proper certification from standards agencies, posing a serious health risk to consumers.
Despite Zambia having fairy strong legislation like the Liquor Licensing Act of 2011 and the National Alcohol Policy (NAP) among others – the lack of strong and consistent enforcement means that the illegal market has continued to undermine the formal sector and its capacity to contribute to economic development.

It is not uncommon to find retailers selling both legitimate brands and counterfeit beverages in the same store, making the consumer an unwitting accomplice in the illegal sector’s growth.

Growth on the rocks

The EY report reveals that growth in the illicit alcohol market has displayed a steady rise from 2014, driven by increases in local excise taxes on popular premium clear beer brands between 2013 and 2016, which encouraged smuggling and an explosion in counterfeit products.

According to the Euromonitor report of 2018, Illicit alcohol accounts for about 70% of the local alcohol market share. If left unchecked, growth in illegal trade could negatively impact Zambia’s capacity to attain its socio-economic development targets like the United Nations Sustainability Development Goals.

Conversely, Zambian Breweries has had a positive impact on the economy with its contributions being quantified in terms of increased employment opportunities across the value chain, growing labour income, gross value added (GVA) and economic output.

This has been achieved in part by the company’s commitment to sourcing raw materials such as sugar, maize, sorghum, barley, and cassava from local farmers.
Consequently, there has been a marked increase in job opportunities in the agricultural sector and associated industries resulting in secondary benefits for rural communities.

Transparency in the manufacturing sector is key to tracking and plugging revenue leaks.

With the country’s largest brewer having taken the initiative to develop a comprehensive report addressing critical questions affecting the alcohol market, Zambia may be approaching a significant turning point in its quest to bring sanity and accountability to one of the country’s most important industries.

By insisting on genuine beverages, consumers could play an important role in helping government and sector players eliminate illicit alcohol and promote fair trading practices in the sector.
A multi-stakeholder approach will hasten the development of effective strategies that will either eradicate or convert the illicit market into a legitimate alternative sector.

It is time the illegal alcohol sector was made to play by the rules and participate in promoting public health while also increasing its contribution to economic growth.