GOVT SHOULD DOUBLE UP RELIEF DISTRIBUTION-CSPR 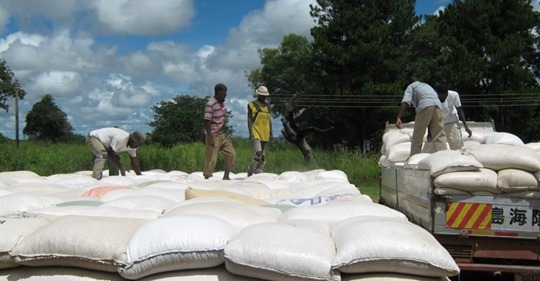 The Civil Society for Poverty Reduction ( CSPR) has expressed concern with the contrasting positions taken by different stakeholders and cooperating partners regarding the state of the hunger situation in the country.

Speaking in a press statement made available to the Lusaka Star, CSPR Acting Executive Director Juliet llunga said lack of adequate information on the hunger situation in the country from the office of the vice president has led to a debate on whether the situation is a crisis, famine, emergency or even a disaster.

“In any hunger crisis citizens and other stakeholders have the right to know the progress being made in term of the area where mitigation has been successful, which areas remain the most vulnerable to famine and what are some of the challenges affecting the efficient distribution of relief food,” she said.

Ms. Ilunga said if such updates were available, citizens would appreciate efforts being put in places to address the hunger situation.

The acting Executive Director also said government should consider remapping and prioritizing the most adversely affected areas in southern and western provinces targeting those communities that have deteriorated into famine hotspots.

She further urged government to distribute the relief maize in large quantities to avoid situations where families share one bag of mealie meal among themselves.

“It is unfortunate that in a country that is food secure, families in Singani ward of Choma, Southern province have to share 1×12.5KG bag of mealie- meal among three families,” she said.

Ms. Ilunga appealed to government to invite more partners such as civil society organisations and churches in the distribution of relief food and also resource mobilization so as to raise enough resources to avert the possibility of the hunger situation extending into 2020.

She further called on government to improve financing toward early warning systems for farmers and further increase investment toward crop diversification so as to reduce dependence on one crop which is vulnerable to adverse climate change.

CSPR also called on all able Zambians and concerned stake holders to help affected communities by sharing information on the most affected areas, fundraising for relief food and other basic needs.

“The hunger situation in the country needs a humanitarian response from every one,” Ms Ilunga said.

The proportion of Zambians going without basic necessities increased in 2020 compared to 2017, an Afrobarometer Round 8 Survey has revealed. Afrobarometer Country Lead, Edward...