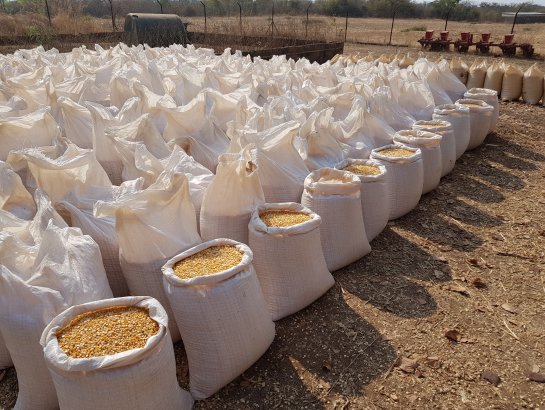 The Ministry of Agriculture has assured millers in Isoka and Nakonde districts an allocation of a certain number of bags of maize to  curb the shortage in the area.

Muchinga Province Minister  Sichone Malozo said he had a discussion with the Minister of Agriculture concerning the local millers running out of maize in their stock for mealie-meal production.

Mr. Malozo said that what was remaining was for the millers to meet with the minister of agriculture then proceed to the Food Reserve Agency (FRA) under his instructions.

The Provincial Minister intervened when District Commissioner Evenwell Nkamba appealed to the ministry through FRA to supply them with maize on a subsidized price, adding that it had refuted their claims and that it had already supplied bags of maize for re-sale to the community members.

Mr. Malozo however said that government has no money to subsidize the maize, for it has a lot of projects to handle.

He further explained that the price of a 50kg bag of maize is at K110 because all the products that are sold, are as a result of the economy.

He added that currently the supply is low while the demand is high and the prices are high too. Malozo however advised millers to buy the maize and after turning it into mealie-meal, they should sell their products (mealie-meal) at prices that would yield profits.

He also disclosed that if the commodity is too expensive for local millers to buy, he will engage the prisons to supply Isoka with mealie- meal, for they have their own milling plant and grow their maize, which is cheaper.

He stated that if the Local millers will not work around with what they will get with FRA under the instructions of the ministry of agriculture, they are other options set to curb the situation in the area.

Meanwhile, the MInister of Agriculture Micheal Katambo has told Lusaka Star that his minstry is doing it’s best to control the situation in the area.

“The ministry is fully aware of the current matter, and we are doing our best to see how we can help. Because we had already supplied Miller’s with the maize,” the minister said.

Katambo however said his ministry will seat down with FRA to see how many bags it can supply to the area, seeing to it that the country is hit by a dry spell.

He added that there is need to store enough maize of bags for food security in the country.

The Anti-Corruption Commission (ACC) has expressed ignorance about a call out issued against Minister of Health Dr. Chitalu Chilufya. When reporters called ACC spokesperon Timothy...