Lusaka StarService with Excellence
HomeColumnsDIVORCE: WHAT A DOUBLE-EDGED SWORD FOR CHILDREN 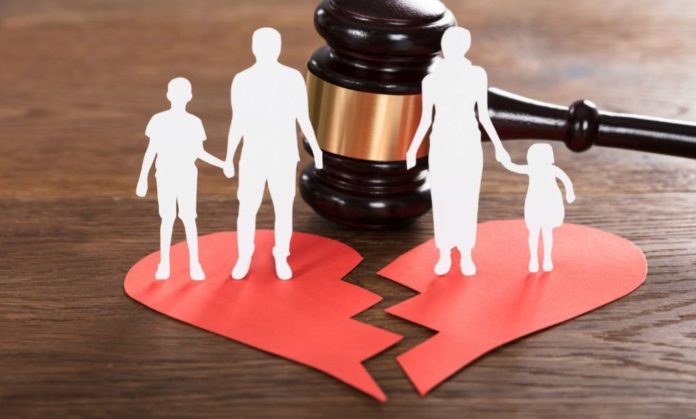 Life suddenly changed, my mother did not smile as before . . . living with a woman who seemed to have lost her sparkle was not easy at all, recalls Imelda Banda, whose parents divorced when she was only five.

Imelda, 23, still remembers, though painfully, the times she would sit in her room listening to her parents’ late night arguments that would sometimes culminate into ugly fistic combats. The acrimonious disputes ultimately saw her parents go through a heart-rending divorce.

Divorce can be defined as the dissolution of matrimonial union between a husband and a wife under the court of law of a particular country or state.

The bromide that “when two elephants are fighting, the grass suffers” makes a great deal of sense in that it exactly describes what happens to children when parents divorce: they suffer!

Divorce places a child’s life in a precarious situation, especially that it occurs, more often than not, abruptly.

Usually, children of divorced parents have to stay with one parent during the week and can only spend time with the other parent over the weekend.

But in instances where one parent has been given a restraining order by the courts of law, children are denied the opportunity to spend time with such a parent, something which makes them feel unloved.

Vivian Chirwa, whose parents separated when she was eight, explained that her father could not allow her and her siblings to visit their mother, and this made her to grow up with a bitter attitude.

Chirwa stated that after her parents separated, it took about 5 years for her to be allowed to visit her mother. If she did ever visit her mother before then it was not the knowledge of the father.

“I did not understand why all this was happening.  I spent my entire childhood envying other children whose parents were still married. Children who knocked off from school [and found] a meal prepared by their mothers [back home],” lamented Chirwa, her face drenched with tears.

She added that her father had strict rules; one had to choose him or the mother. Whoever went for the mother ceased to be his child. But because the mother used to struggle financially, having a child to take care of was going to be an extra burden, which is why all children decided to stay with their father.

In normal circumstances courts of law determine issues of child custody, child support, visitations and parenting time depending on the causes of divorce or on which parent is more capable of taking care of the children.

However, this is not always followed as some parents decide to do things their own way in order to avoid more psychological torture on the children. The other parent merely plays along as it was the case for Vivian and her siblings.

The effects of divorce are too humorous to mention, but one that stands out amongst them all is the psychological effect it has on the children discloses Given Hapunda, a University of Zambia psychologist.

According to the psychology lecturer, the divorce process tends to cause anxiety and other psychological and sociological effects in the development of children.  Some of these effects may be short term while others are long term.

Dr. Hapunda explained that children from divorced homes tend to have self-blame as they think it could be their fault that their parents divorced.

“Guilt has a very bad psychological effect on any one as it may lead to loneliness, depression and oftentimes suicidal thoughts. And this is why parents must explain to children before they divorce that it is in no way their fault,” Dr. Hapunda stated.

He added that divorce affects a child’s relationship with the custodial parent, most often the female spouse because they tend to be less affectionate due to the stress and pressure that comes with single parenting. Children choose to distance themselves from such a parent to avoid the constant scolding, even over minor errors.

The University of Zambia lecturer noted that both parents have a role to play in a child’s development. For example, fathers have a role to play when it comes to identity formation as they tend to be more affirmative in what they say to kids while mothers are more on the nurturing side.

Dr. Hapunda further said that as children grow, identity formation is disturbed, something which is exacerbated when they see other children with both parents playing different roles – they feel lonely and sad.

He explained that these psychological effects have an effect on social, emotional and cognitive development of the child. As they get older, children isolate themselves from their peers and end up performing poorly in school and might engage in criminal activities.

The Psychologist disclosed that longitudinal psychology case studies have shown that children from abusive families and divorced backgrounds also show traits of abuse when they grow up and tend to divorce after few years of marriage in that they tend to follow what they are exposed to.

Asked if there are any positive effects that come with divorce on a child, Dr. Hapunda said there are individual differences and some kids take divorce as a learning process, which makes them focus more on life as they do not want to go through what their parents went through.

Dr. Hapunda said Self-efficacy is how the child uses their own abilities to change life’s events and so those children with a high self-efficacy will concentrate more on school, socially engage with their peers and their success is more pronounced as it is a cognitive decision for them to do better than their parents,”

Besides, there are a number of legal issues that surround divorce, namely alimony, child support, child custody and distribution of property, just to mention a few. But the legal proceedings of divorce differ from state to state.

In most processes of divorce, children are left as a casualty of the ordeal. Teenagers grow up with insecurities in the area surrounding relationships and marriage, and in most cases they develop hatred or anger for one of the parents who is assumed to have been the cause of the divorce.

Sheila Musonda, 24, is another victim of divorce whose parents divorced when she was only 13 years old. She grew up hating men who took alcohol and smoked cigarettes as it was the reason her mother cited to have lead to the divorce. Musonda’s mother told her that the parents were divorced because her father was an alcoholic and a drug abuser.

I hated my father for having been the one that led to his wife divorcing him, causing me and my siblings to lack the paternal love and care each child deserves as they grow up,” Musonda said.

While some people from divorced families find it hard to sustain their own relationships, others decide to completely stay away from relationships, fearing that they too might go through what their parents’ experienced.

Divorce has many undesirable outcomes that are not immediately evident but are undeniably powerful in shaping one’s life. As such, married couples need to prepare their children psychologically by explaining to them what is leading to such and the importance of it before filing in a divorce.

While it is true that some situations cannot be solved any other way other than by divorce, it is extremely wise that a spouse considers what effects ending a marriage would have on their innocent children.

Consumer Unity and Trust Society (CUTS) has urged the Lusaka Water and Sewerage Company (LWSC) to be more responsive to public claims of possible...