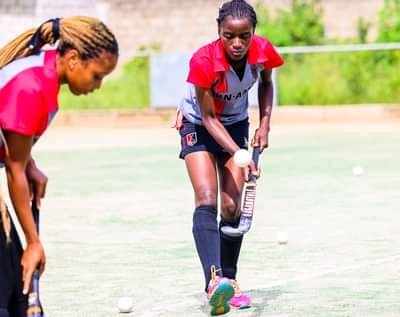 Zambia National Women’s Hockey Team is this Friday expected to leave for Ghana in order to participate at the Hockey African Cup of Nations.

In an interview with Lusaka Star, Zambia Hockey Association (ZHA) Secretary General, Elvis Bwalya said the association is excited for the women’s team as it is the first time in the country’s history that a hockey team is competing at the African Cup of Nations.

History is being made as not even the men’s team has been to the African Championship,

I wish the team all the best and hope they will qualify for the Commonwealth Games to be held later this year.

Bwalya urged the team not to panic at the tournament, but aim to gain international exposure as it is their first time representing the country at the African championship.

I however do not expect too much from them as this is only the first time for them. The ladies must go out knowing it is time to gain exposure even when they do not emerge victorious

Meanwhile, Zambia Women’s Hockey Team Coach, Floyd Chomba said the training is so far  going on well as the  ladies have put in their level best.

It is evident that the ladies are in for this as they have been doing the trainings with high spirit,

And Zambia Women’s Hockey Team Captain, Annie Mvula said everyone in the squad is training hard to ensure that they emerge victorious at the championship.

The mood during training is very positive and I know we are all excited to be the ones to represent the country for the first time ever,

Mvula also said the team is not only going to Ghana to participate at the Cup of nations, but to compete for the trophy.

Consumer and Protection Commission (CCPC) has warned the general public to be cautious of suspected false online banking agents. In a press release, CCPC director...